The Head of State administered the Oath of Office to 18 newly elected and re-elected Regional Chairmen and Vice Chairmen at the Arthur Chung Conference Centre (ACCC).

The regional leaders were elected following the March 2 General and Regional Elections. 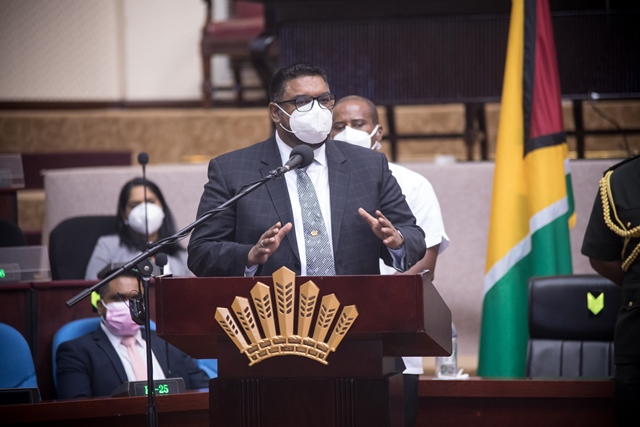 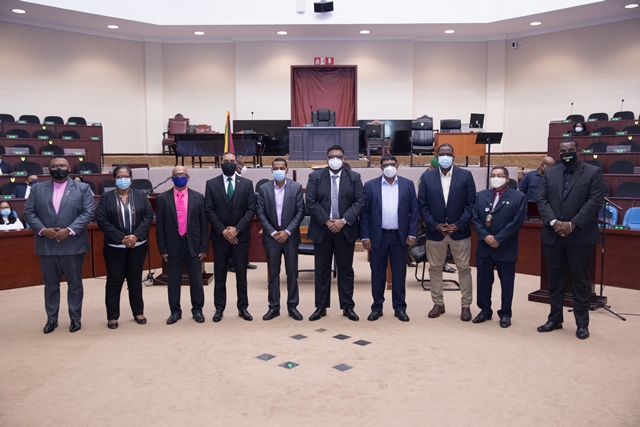 President Dr. Mohamed Irfaan Ali and the regional leaders at the close of the swearing-in ceremony today at the ACCC. 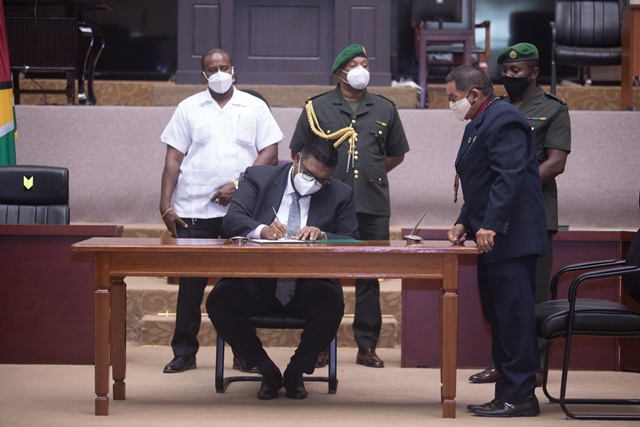 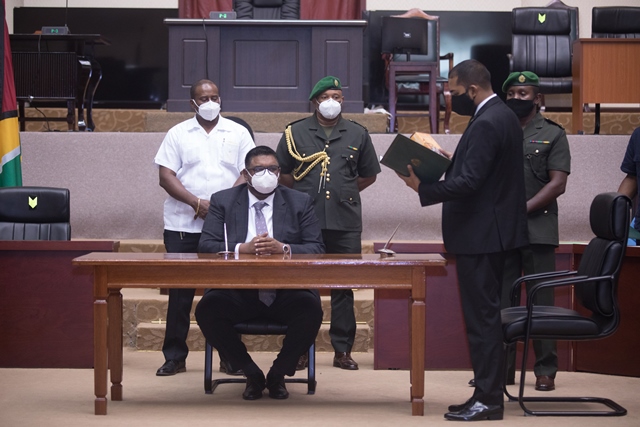 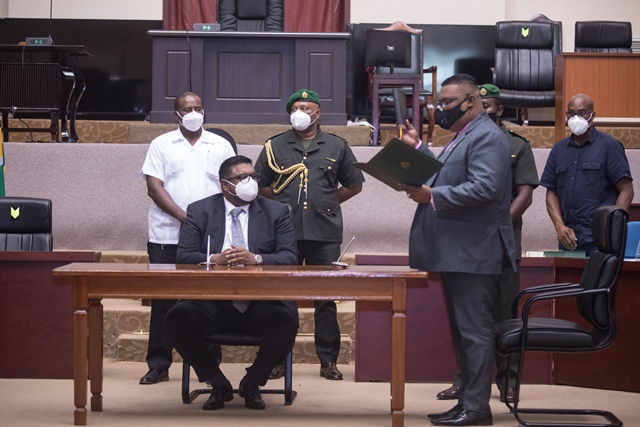 President Ali said Regional Democratic Councils (RDC) are the second tier of Government, serving as bridges between Central and Local Government. The RDC’s role is to seek to improve the lives and conditions under which people from all regions live.

“Your Oath of Office today, is one in which you would have committed to serving the people of your region, without favour or fear, affection or ill will… Although you represent different political parties, by assuming the roles of Chairs and Vice Chairs, your conduct and actions have to be for all the people,” the President said.

The Head of State told the officials that they have been entrusted by the people of Guyana to serve as leaders which is not an easy task, but a selfless, serious responsibility.

The President then assured them that the Government will provide the necessary support to enable them to facilitate the development and upward movement of all people in every region.

Of the Ten Administrative Regions, only nine took the Oath of Office today. The RDC of Potaro-Siparuni (Region Eight) is yet to elect its leaders.