The D’Urban Park came alive yesterday as Guyanese from all walks of life turned out to witness the Mashramani Float Parade on the 47th Anniversary of Guyana becoming a Republic. President David Granger expressed his satisfaction with the turnout in spite of inclement weather and said he is very impressed by the costumes and floats displayed by the bands, 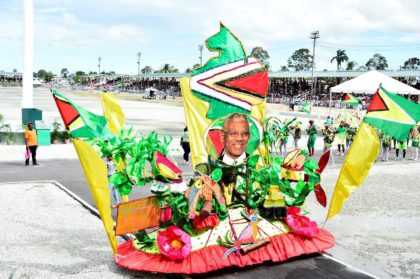 all of which depicted the common theme of sustainable development and unity. Twenty three adult bands were registered to participate in the annual parade.

The Head of State was accompanied by First Lady, Mrs. Sandra Granger. Several Government Ministers joined with band revellers from their respective ministries, while others took in the spectacle along with the spectators, who braved the weather.

President Granger said that even though Guyana gained Independence on May 26, 1966, becoming a Republic in 1970 represented the final break from Britain and is an important part of the nation’s identity, as the country was able to elect its own President, established its own Appellate Court and its own system of honours. “Mashramani for many Guyanese is more important than Independence. This is a festival, which is appreciated by all Guyanese,” he said.

Speaking about the colourful costumes and creatively-designed floats, the President said that he is pleased that the message of a ‘Green State’ is resonating with the population as almost every band depicted some aspect of the environment.

Twenty three adult bands were registered to participate in the annual parade. 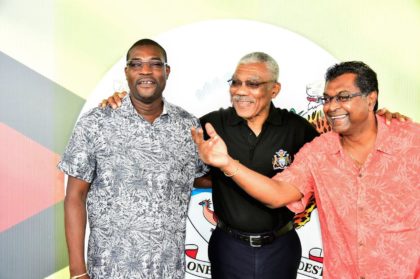 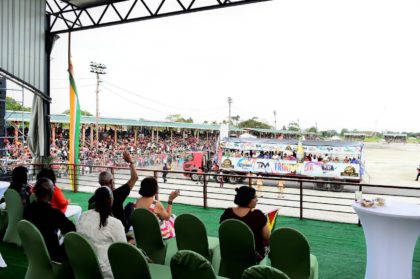 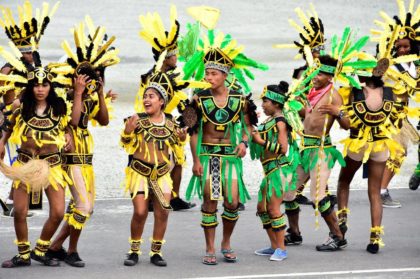 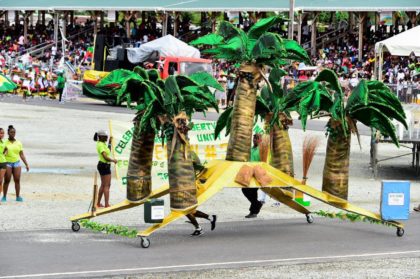 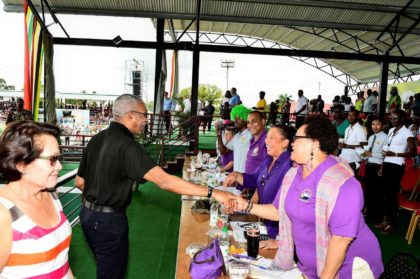