Guyanese are being urged to not take this upcoming general and regional elections for granted. The call comes from Dr. Joey Jagan, son of the late former President Dr. Cheddi B. Jagan, founder of the Peoples Progressive Party Civic.

On Saturday evening, Dr. Joey Jagan took the stage of the APNU+AFC rally in Lethem, fully throwing his support behind President David Granger and the APNU+AFC Coalition.

“Get up, go out… this is a very crucial election, this involves our patrimony,” Dr. Jagan urged. 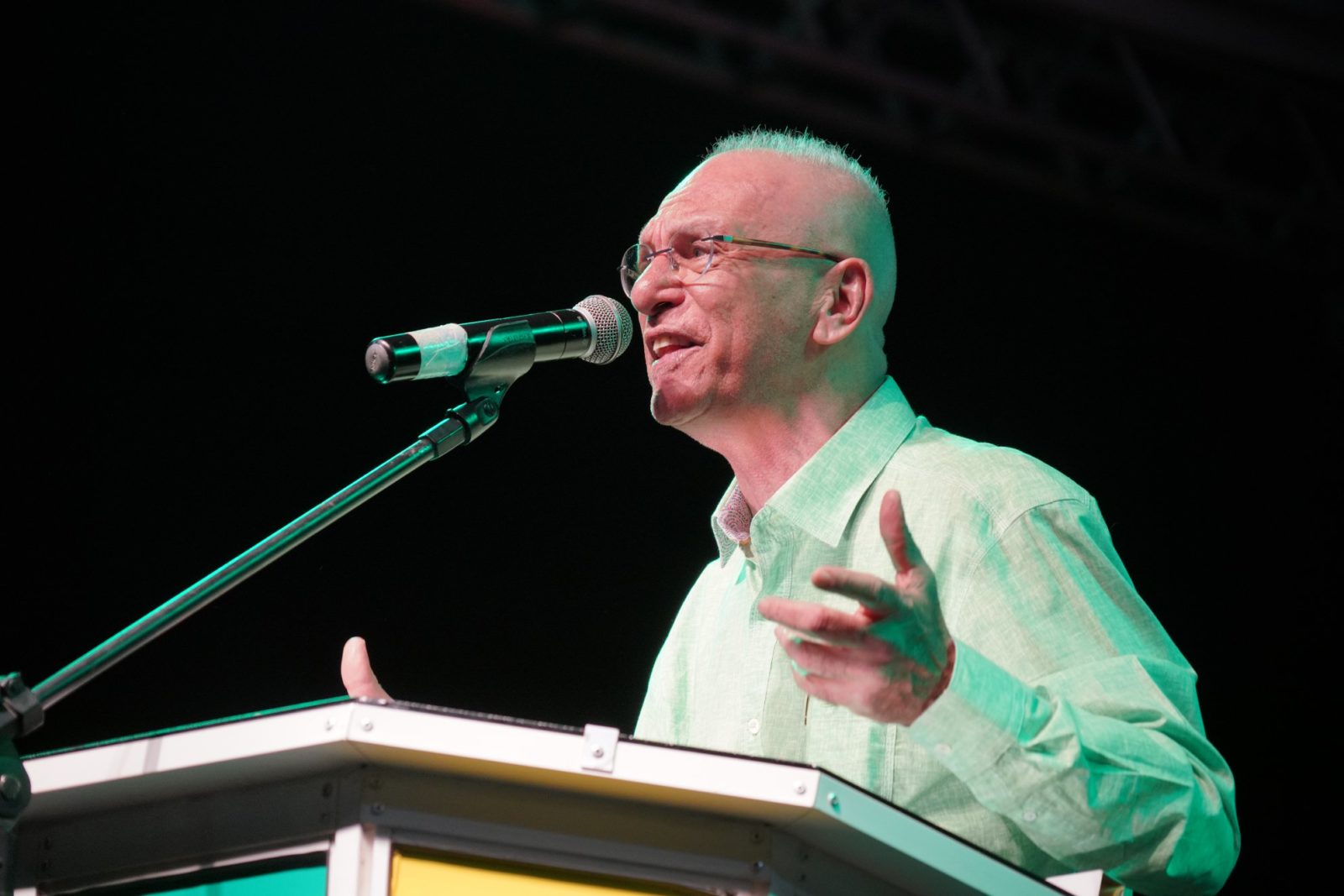 Dr. Joey Jagan, speaking at an Coalition rally in Lethem

In his brief address, Dr. Jagan declared his support for President Granger, applauding his policies and plans for the development of Guyana.

“I am here because I see President David Granger is a good man. I see in Mr. Granger the ability to carry this country in the right direction.”

He also commended the Head of State ‘s special focus on youth development.

“I see Mr. Granger as a leader who will bring the youths into entrepreneurship. That is what we need. We need small business ventures to flourish in this country and by bringing ExxonMobil in, we have opened that door now.” Dr. Jagan stated.

Dr. Jagan also used the opportunity to call on the President to do all he could, to continue the development of CARICOM.

“We must never give up our Caribbean roots, our Caribbean connections because that is the soul of our nation. We can’t give it up. President Forbes Burnham saw that and that is why he invested so much in CARICOM,” he stated.

As he concluded his presentation, Dr. Jagan told those gathered that Guyana’s future looks bright, however, it was up to them to ensure it was in the right hands.