Persaud in an article published in the Kaieteur News earlier this month claimed that 78 Baramita residents have committed suicide since 2005. Persaud did not provide a source of his disputed information nor give an annual breakdown of the self-induced deaths in the interior community. 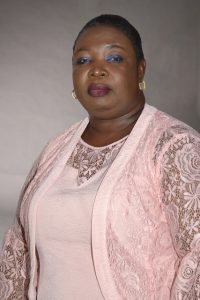 Dr Thomas who took up the post more than a year ago said there are no available official figures on suicide going back to the mid-2000s for Baramita that she can access.

The TAAMOG executive also said in the September 19 article that “all suicides have been committed by genealogically Carib Indigenous people, who make up a majority of the population. With an average of six suicides per year, in a population of about 3,000 residents, Baramita’s suicide rate is 6.7 times the national estimate and 19 times the global average, considering the most recent rates tabulated by the World Health Organisation (WHO).”

Continuing he said: “One of the major issues affecting Baramita is alcoholism and the illegal sale of alcohol to its residents. It is plagued by Sexual and Domestic Abuse, including incest and abuse of minors.”

Thomas noted that while Region 1 of which Baramita is only a small part has only had eight suicides in the entire region in 2017 it “does not have the first, second or third highest suicide rate in Guyana.”

“It is unfortunate that persons disregard the national good and print articles which are not based on facts for the sake of sensationalism and attention,” Thomas said.

On the issue of widespread alcohol use, sexual and domestic abuse, incest and abuse of minors and other social ills which might be plaguing Baramita and which Persaud blamed for driving suicide there, Dr Thomas noted that these phenomena “are most prevalent on the coastlands because it is the most densely populated.”

She said the bulk of suicides in Guyana are not carried out by depressed person but by persons “who are under the influence of alcohol and other recreational substances at the time they are facing a stressor, the most frequent being alcohol.”

“The use of alcohol and other recreational substances decrease inhibitions, impair judgement, and give users bravery to commit acts which they would not when operating on a ‘full deck’” Dr Thomas counselled.

She said self-harm is the strongest predictor of suicides and a significant number of persons who have been indulging in self-harm “come from homes where alcohol and substance abuse is a major stressor.”

Meanwhile, reported self-harm /suicide figures coming from Dr. Cerdel McWatt the Regional Health Officer for Barima/Waini for 2017 shows 50 percent of the deaths for Region #1 were from Baramita. The others were residents of St Amslem/Barama River; Hosororo Hill, Wauna and Parakese.

According to McWatt’s figures, 23 other persons attempted suicide in Region One for 2017. None of them was from Baramita.