Minister of Housing and Water, the Hon. Collin Croal has assured residents of Zeelugt and Tuschen housing schemes that work to improve current infrastructure will commence shortly, following the passage of the 2020 Emergency Budget.

The Minister spoke of these plans when he met with residents of these communities on an invitation from the Regional Chairman, Region Three, Mr. Inshan Ayube. Meetings were held in Zeelugt, Tuschen, and Parika, where there was a repeated call for infrastructure development in existing schemes. 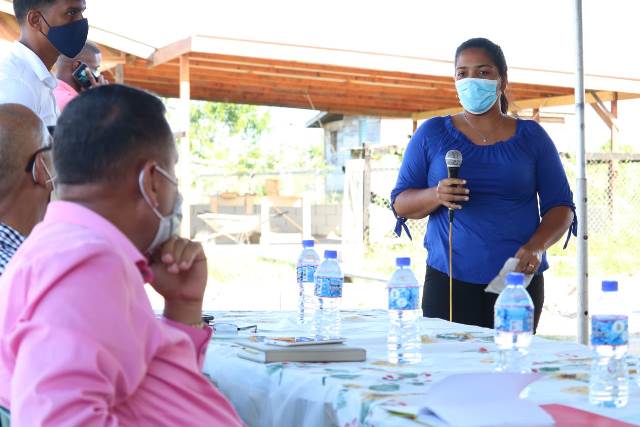 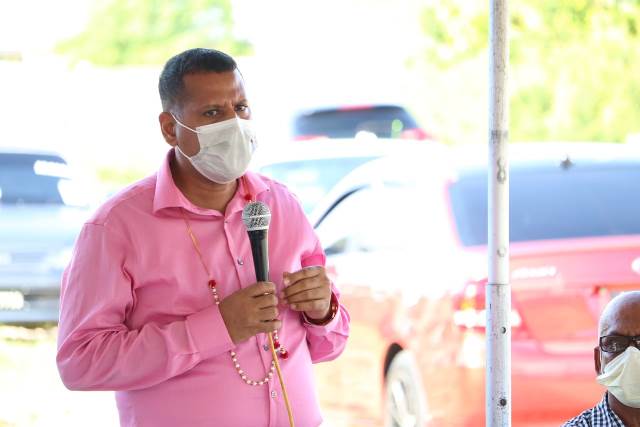 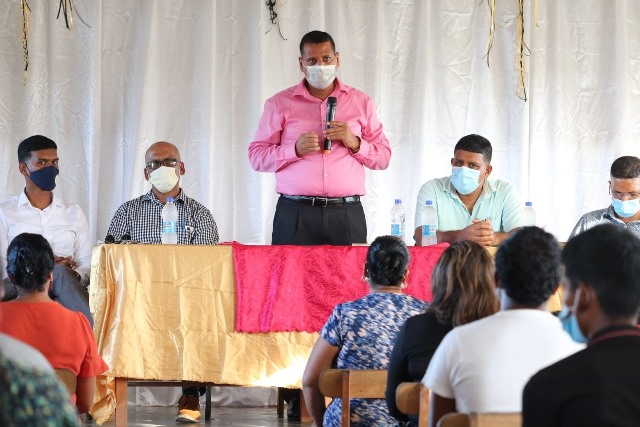 While residents lauded the Government’s effort to work on the development of new housing schemes to meet the housing demand, they noted that several existing schemes are left without basic infrastructure.

Speaking to the issues raised, Minister Croal pointed out that Zeelugt will benefit from road upgrade works in the coming weeks, under the Ministry’s 2020 work programme while the sum of $40 M has been committed for road upgrades in the Tuschen Scheme. Contracts for these works are expected to be signed in the new week, following which works will commence in the preceding week. These and other communities within the region will also benefit from other social infrastructure development projects, inclusive of the installation of solar street lights. Additionally, citizens were also told of the regional authority’s development plan for their respective schemes.

These works are expected to fast-track the Government’s housing drive and should aid in reducing the number of occupied lots found in schemes owned by the Central Housing and Planning Authority.

Meanwhile, persons used the opportunity to raise several other issues affecting them including the need for a health centre to better serve the growing population in these schemes, improved access to potable water as well as improved quality of potable water. The need for a recreational facility and police outpost in the Tuschen and Zeelugt schemes were also raised. With regards to improved access to potable water, the Minister committed to examining existing systems in a move to find long and short-term solutions. The Minister also spoke of the Government’s plan to emphasise better filtration systems for water systems throughout the country. In response to the other issues raised, Minister Croal told residents that these will be forwarded to the respective subject ministers for their intervention.