The Ministerial team met and greeted residents and other guests including Guyanese who came home especially for the activity.

The event which has become popular over time is an annual activity put on by the residents with the participation of neighbouring villages.

The residents turned out in their numbers wearing traditional African garments.

The Prime Minister and team were treated to African drumming and music, and a range of foods.

Soirees are held in various parts of the country, but the Hopetown engagement is the one which usually attracts hundreds of Guyanese, guests and other visitors.

The soiree started a very long time ago and was celebrated by the ex-slaves on an annual basis in recognition of their freedom from slavery. It is still being held in many villages bought by the Africans after they gained freedom.

The event is held the night before Freedom Day. It starts just before midnight and continues until dawn the next day.

Hopetown was one of the first villages bought by the Africans just after the abolition of slavery in 1838. 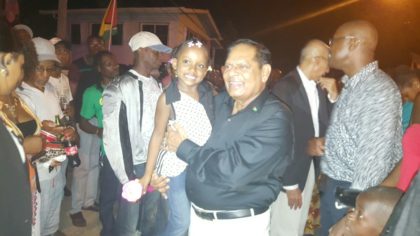 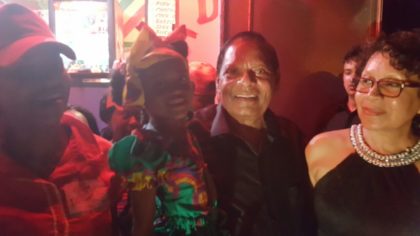 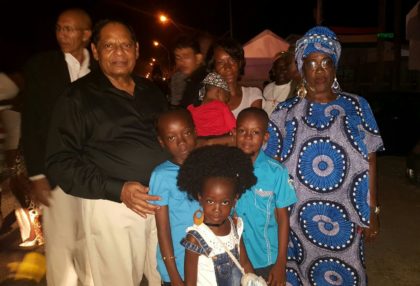 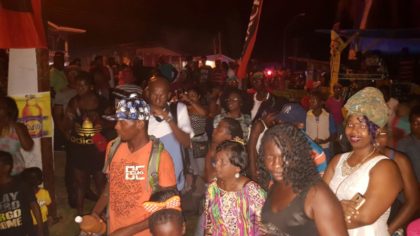 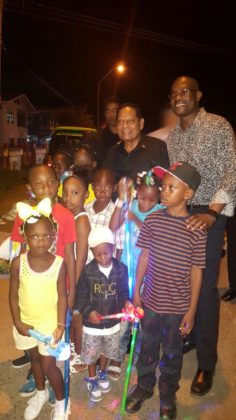 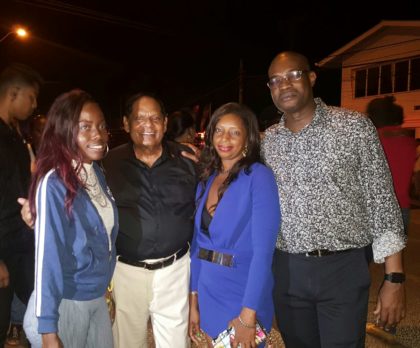