Prime Minister Moses Nagamootoo is again calling on Guyanese to put their differences aside and work together, and to condemn attempts at sowing ethnic discord.

The Prime Minister in an invited comment told the Government Information Agency (GINA) that, “our country would have come out of the doldrums of backwardness of people suffering from wants and needs if only we can tap into our natural resources, into our gas and oil resources and we could utilise the vast wealth from that sector to benefit all of our people.” 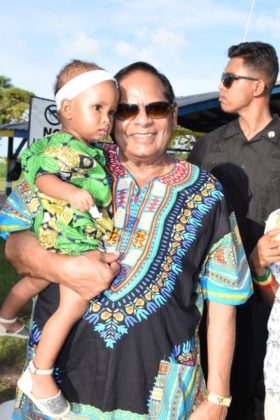 The Prime Minister, who has been a long standing advocate for national unity, expressed the view that it is a good time for the country to revisit the issue even as it is on the cusp of great opportunities; a country poised to soon become an oil and gas producing state.

“National unity is not only a slogan, national unity is the soul of our country’s security, without it we are nothing and therefore all the negatives that we hear and political leaders for whatever reason, come on, look at the need for our people to weld themselves together, to build national cohesion rather than try to sow the seed of distrust, the seed of division, the seed of ethnic hatred,” Prime Minister Nagamootoo stated.

The Prime Minister who is also the leader of Government business in the National Assembly is renewing his call to the political opposition, all social partners, trade unions, women and youth organisations for them to come forward and condemn all attempts at dividing the nation.

On the occasion of the just celebrated emancipation day, it is the hope of the Prime Minister that there can be a second ‘wave of emancipation’. “Let us free ourselves of ethnic distrust and ethnic division and the type of hatred that had pulled our country apart over the last 50 years.”

Prime Minister Nagamootoo has also renewed the call to all stakeholders, including Guyanese at home and abroad to embrace national unity, “in brotherhood, in sisterhood, let us go forward and build our nation and make our Guyana stronger.”