The trade and investment agreement signed between Guyana and Belize could open new areas of funding and marketing for local producers.

On Wednesday at the Pegasus Hotel, Georgetown, the Foreign Affairs Ministers of Guyana and Belize signed a wide ranging agreement on trade, investment and other areas.

The memorandum of cooperation will seek to increase joint initiatives from the private sectors of both countries. The agreement does not specify quotas on imports or exports, neither does it put limitations on products that can be traded between the countries. 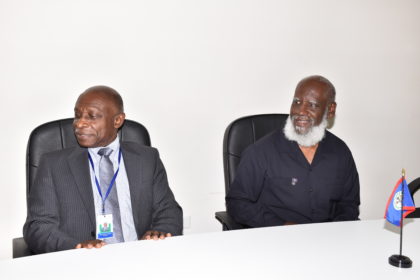 “It depends on what we can produce and what you can buy. The products that are produced in Guyana could be sold in Belize, whatever quantities you produce,” Belizean Foreign Affairs Minister, Wilfred Elrington explained.

For local producers and manufacturers, the agreement when it goes into effect could provide financing for their business, especially for joint programmes. “We can agree jointly or individually wherever it is feasible for facilitating cooperation in the areas we mention here, and we can bring in third parties to assist with financing,” Foreign Affairs Minister Carl Greenidge explained.

Greenidge said this agreement will allow Guyana to exploit synergies between the two countries especially with the exchange of expertise, “where two or three experts or institutions with experience can come together to fashion or build an idea and implement it. It is likely that diversity in the sense of analytical implementation of ideas will contribute to synergy,” he explained.

Currently, Belize has imported expertise from Guyana.  Elrington said that Belize’s Chief Judge is a Guyanese. He noted that too, that his daughters were educated in Guyana and are now successful in their individual careers.

Meanwhile, Greenidge said that Guyana stands to gain significantly from Belize’s expertise in natural resources and maritime zone knowledge. The agreement also provides opportunities for exploration of both countries’ tourism sector and for  cooperation between the two countries in the areas of energy, marine affairs, sports, and security.