The staff of the Ministry of Public Security yesterday hosted a CARICOM Culture Day activity at its Brickdam Secretariat in celebration of CARICOM Day, July 04, 2016.

The activity was organized by the staff and implemented with support from the various Heads of Departments. Explaining the motivation behind the activity, Permanent Secretary of the Ministry Daniella Mc Calmon told GINA that, “The team spirit of the staff was responsible for the implementation of the initiative”. 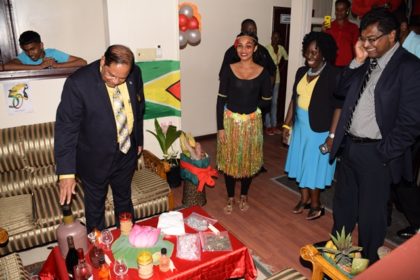 Each department of the Ministry was named after a CARICOM Member State displaying the essential facts of that country. These ranged from its Head of State to the livelihood of the people showcasing the food, culture, traditions and music.

Prime Minister Moses Nagamootoo was the invited guest of the Ministry to view the decorations and part take in the culture day activity. During his brief address to the staff, he commended them for the initiative, “I want to pay tribute to you for this innovation because it tells you who you are, and if you know who you are and where we are, we certainly will know where we are going.” 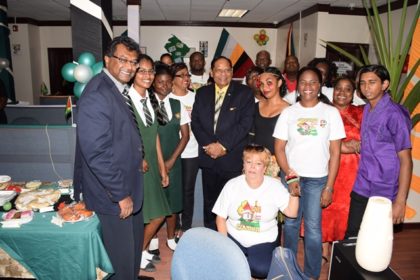 The Prime Minister reminded the staff that the activity comes at an opportune time since Guyana will be hosting the 37th Regular Meeting of Heads of Government Conference of CARICOM from July 4-6, 2016.

“So we want you to maintain all your decorations for these days during the CARICOM summit because we are going to have a lot of Heads of States coming, including a huge delegation with the President of Chile, because Latin America wants to do trade with Guyana and the Caribbean. We are getting stronger every day, so we have to show our best face and you have started this demonstration with this initiative.” 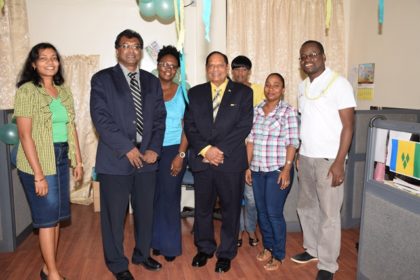 Public Security Ministry Khemraj Ramjattan also expressed satisfaction with the staff’s coordination and implementation of the activity adding that he is very pleased to be a part of it. 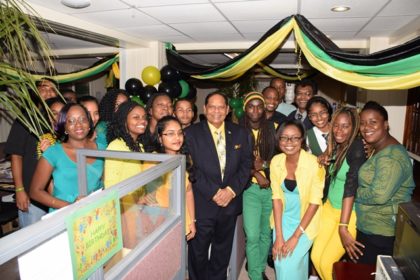