─ maintenance of law and order remains paramount to GPF

─ 11% reduction in serious crimes, robbery under arms reduced by 13.2%

Police Commissioner, Leslie James is assuring that public security will be maintained. He was at the time speaking at the opening of the three days Annual Police Conference held at State House.

The theme for this year’s conference is “security sector reform implementation – enhancing capacity through training, infrastructure and Human Resource Management.” With that, the Commissioner said that the Guyana Police Force is at a very important juncture of reform and has already begun implementing the three pillars mentioned in the theme. 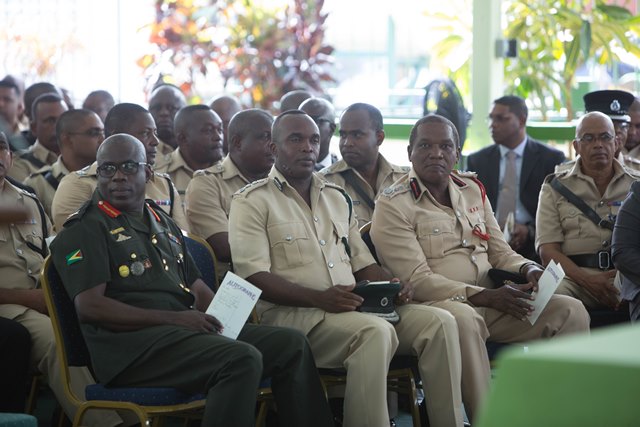 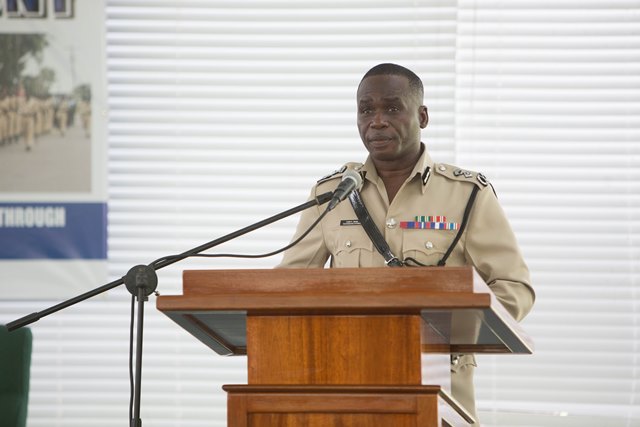 Commissioner James said with the reduction of serious crimes, the maintenance of law and order remains paramount to the Guyana Police Force.

“The Guyana Police Force achieved 11 per cent reduction in serious crimes, robbery under arms were reduced by 13.2 per cent and road fatalities also saw a reduction by 6 per cent. I must state that we will remain resolute and focused on our ideals as our mandate is very clear, public security will be maintained” he underscored.

The commissioner said that constant training, both international and local, will be provided to officers as a means of capacity building. He noted that the force continues to build public trust between members of the GPF and communities.

“We have deliberately put in place and inscribed at all police stations, the Latin Maxime, alteram audiat; which means listen to the other side. That is to be given as a reminder to the ranks in their engagement with the public” he stated.

Police prosecutions, the commissioner said, have been bolstered through collaboration with the Director of Public Prosecutions and the Justice Education System. Added to that, there were several model type police stations commissioned across the country through collaboration with the Inter-American Development Bank (IDB), to improve service delivery.

The Top Cop said over the three days of the conference, the officers will be formulating systems for Commanders and Heads of Departments to ensure that public security is maintained.