Public Servants to be trained in Spanish

Over fifty (50) Public Servants are to benefit from training in the Spanish language under the auspices of the Ministry of Foreign Affairs’ third Spanish course through collaboration with the Republic of Colombia. 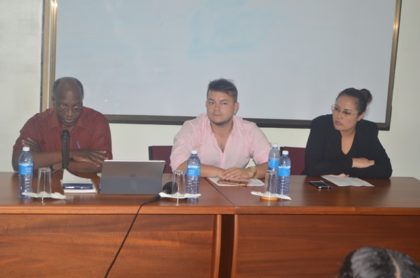 The course will begin on Tuesday, August 16 at the Ministry’s Foreign Service Institute, Shiv Chanderpaul Drive.  Public Servants will be taught the principles of the foreign language.

Ambassador Ronald Austin, Director of the Foreign Service Institute, said that in Guyana, “we have adopted a mentality whereas we don’t believe that we have to learn the language of any other country, they should learn ours.”

The sessions will be held on Tuesdays through Thursdays and will last for a period of four months.

Sandra Chung, Foreign Service Officer 2, Desk Officer of the Guyana South America Bilateral Relations, Ministry of Foreign Affairs, noted that in 2013 and 2014, several Public Servants also benefited from this training. The participants received a certificate from the National University of Colombia. 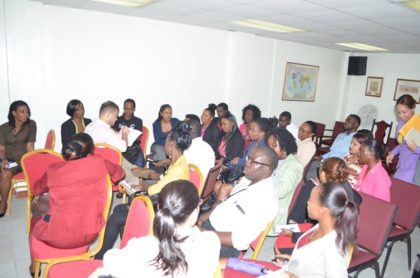 She added that in April 2014, the two countries’ governments signed an agreement to promote Spanish as a foreign language.

Guyana and Colombia established bilateral relations on December 18, 1970 and has maintained a strong relationship ever since.