The meeting which commenced yesterday at the Regency Suites, Hadfield Street, Georgetown was aimed at creating a better understanding of gender equality, while promoting and highlighting the achievements and issues affecting both genders.

Today’s session targeted Guyana’s Regional Gender Affairs Committee representatives and served to pool together their input through suggestions on issues surrounding gender equality in the various regions, along with solutions best suited for each. 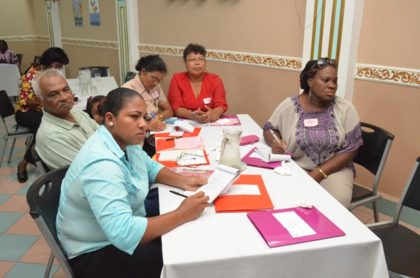 Hymawattie Lagan, former head of the Women’s Affairs Bureau (now transitioning into the Gender Affairs Bureau) told the Government information Agency (GINA) that it is important to have decentralised gender units in the various regions rather than have persons travelling from far flung areas to have a concern addressed.

Lagan explained that these units have been established and the representatives were at today’s meeting. These individuals will report to their respective Regional Development Councils (RDCs) at the end of the meetings. They will be expected to report on similar issues affecting other parts of the country and possible ways of addressing them in their regions. They will also be expected to derive new plans and ideas for gender growth in their communities and region at large.

Mellesia Punch, Chairperson of the Region Six Gender Affairs Committee said that this was her first time participating in such a workshop, and she found it very interesting and important for the social development of Guyanese. 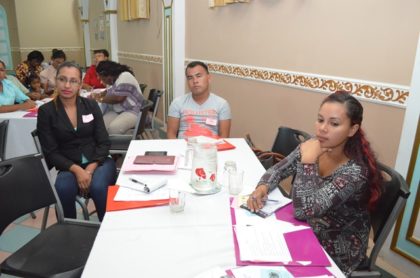 Another section of the participants at the 2nd day of the Regional Women’s Affairs Committee’s Annual General Meeting, at the Regency Suites

Meanwhile Ali Majeed, Regional Councillor, Region Four, and member of the Gender Affairs Committee said, “It is important for both genders to understand the roles of each other in order for them to have a more harmonious life, and not only hold each other to what society’s roles for them are.”