Reconstruction of burnt building not in immediate plans- Min Ramjattan

—Some prisoners re-allocated others housed in holding bay

—Contractors seeking to recommence works on Mazaruni, Camp Street, halted due to COVID

Following the destruction of the buildings that housed inmates at the Lusignan Prison, Minister of Public Security Khemraj Ramjattan explained that due to the lack of budgetary allocations there are no immediate plans for reconstruction.

Minister Ramjattan explained that with the construction work at Mazaruni and Camp Street Prisons and expansion work at the New Amsterdam jail, the long-term plan was to “move away from the Lusignan Prison scenario.” 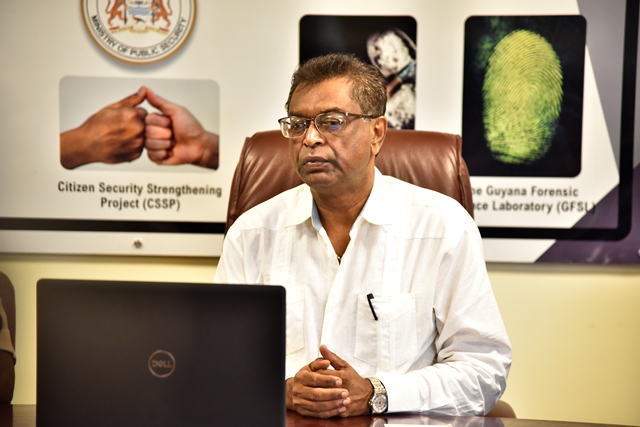 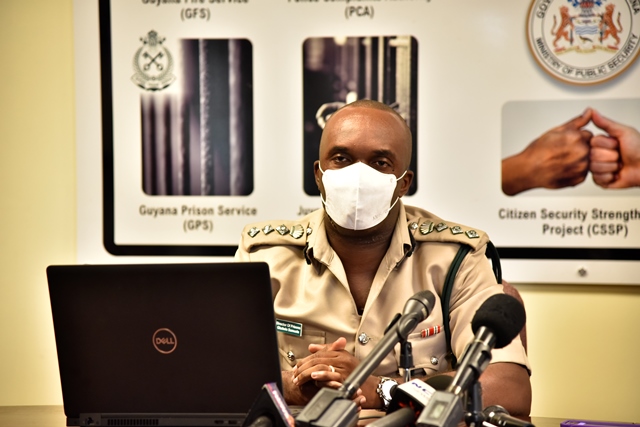 He did disclose that the work will begin on repairing the kitchen at the facility to ensure the prisoners receive their meals.

Providing an update on the works at the other penitentiaries, the Director of Prisons Gladwin Samuels stated that “efforts are still being made to have the Mazaruni Prison completed and the rebuilding of the Georgetown Prison. Since those two facilities have not yet been completed, we have not been able to relocate an additional set of prisoners from the holding bay.”

It was pointed out that the COVID-19 pandemic halted the works at Mazaruni and Camp Street jails on April 2 and 3 respectively.

Samuels noted that “had it not been for COVID, phase one of Mazaruni which can accommodate 200 prisoners would have been completed. The contractors have since written requesting permission to restart.”

The Director said the Prison Service has compiled a document, which the Permanent Secretary will receive today, relating to the requirements for the construction workers seeking to return to the Mazaruni Prison.

Samuels also disclosed that the contractors at the Georgetown Prisons have made a similar request. According to the Director of Prisons, provided that they can meet the requirements of the Prison Service, they will be able to recommence work.

Upon completion of the Mazaruni and the Camp Street Prisons, the facilities will have the capacity to house 400 and 180 prisoners respectively.

A total of 284 prisoners were displaced due to the fire on Sunday. While some were relocated to other penitentiaries across the country, 156 were placed at the holding bay at Lusignan.

The addition of those prisoners brings the total number in the holding bay to 581, exceeding the 200-maximum capacity.

Director Samuels explained that officers from the Lusignan Prison have been deployed to beef up the security at the holding bay and there is an additional police presence on the ground.