A large portion of documents related to Dutch history, in what is now present-day Guyana, is now preserved and digitized following a collaboration which began in 2016, between Guyana and the Netherlands. 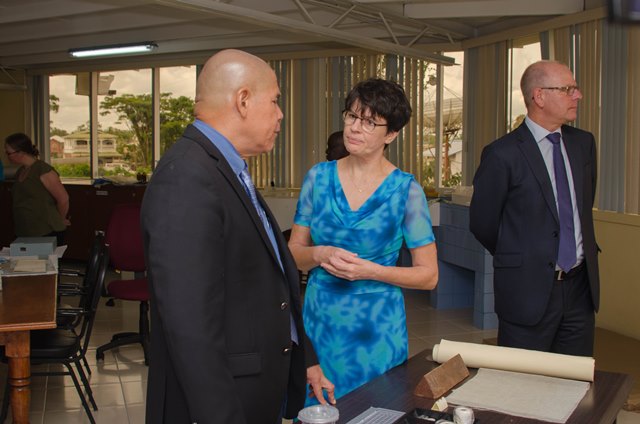 Minister of Social Cohesion, Dr. George Norton in discussion with Conservation Specialist Gabriela Beentjes from the National Archives of the Netherlands. 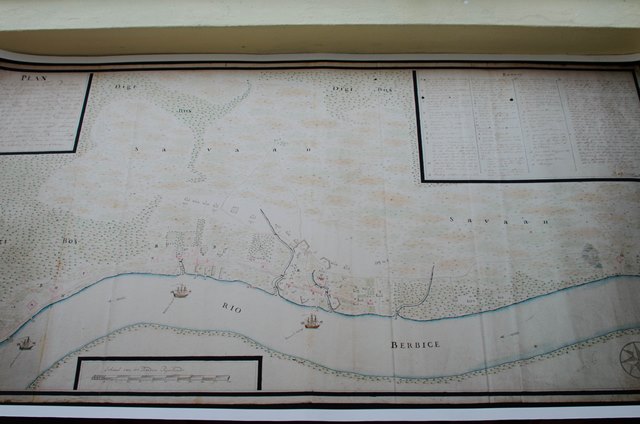 Map of Fort Nassau that was repaired by the Netherlands National Archives. 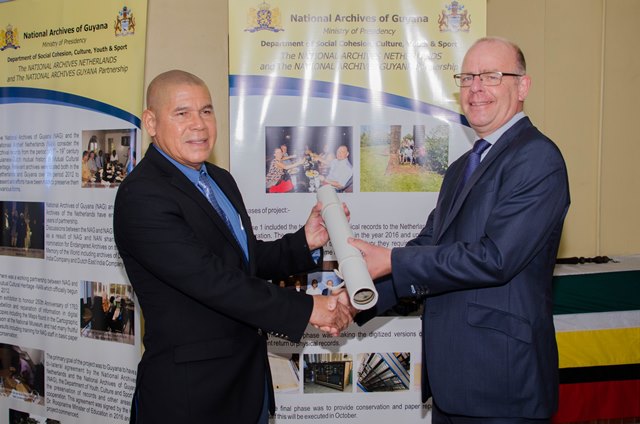 Minister of Social Cohesion, Dr. George Norton [left] receiving a copy of the Map of Fort Nassau from Head of the Digitization Department of the National Archives of the Netherlands Arjan Agema.

Minister of Social Cohesion, Dr. George Norton underscored the documents’ importance, noting that Guyana’s Dutch influence must be preserved and protected so that it can be used as a tool to sustain generations to come. According to Minister Norton, to know nothing of what happened before is to forever remain a child.

Minister Norton said now that the facts are more easily accessible to the public there is no excuse for Guyanese not to be aware of their history.

Agema said: “We are happy now to bring back the paper material as well as the scanned material so we can now show it. Nearly 100,000 scans on the internet which helps the researcher for history and at the same time, the material has been conserved for a long period. It was very brittle and damaged and now it is conserved so it can be kept for years.”

As part of the partnership, 12 staffers from the National Library, Deeds Registry and the National Museum, University of Guyana Library, Ministry of Foreign Affairs, General Registrar Officer and the National Archives were trained in paper conservation techniques.

Guyana was ruled by the Dutch between the 17th and 19th centuries.