The national recounting process of the March 2, 2020, General and Regional Elections continued today but not without some technical issues to be sorted.

While the recount began on time this morning, at the Arthur Chung Conference Centre (ACCC), Liliendaal, the Guyana Elections Commission (GECOM) was forced to halt the process after it was pointed out that Opposition party representatives had engaged GECOM’s Information Technology (IT) personnel in what was described as a “secret meeting.”

The issue was raised by the Government’s representative Daniel Seeram, who told media representatives that he entered the tabulation station at approximately 8:00 am this morning and found the meeting was taking place.

He immediately questioned the relevance of the meeting and objected to such an act. 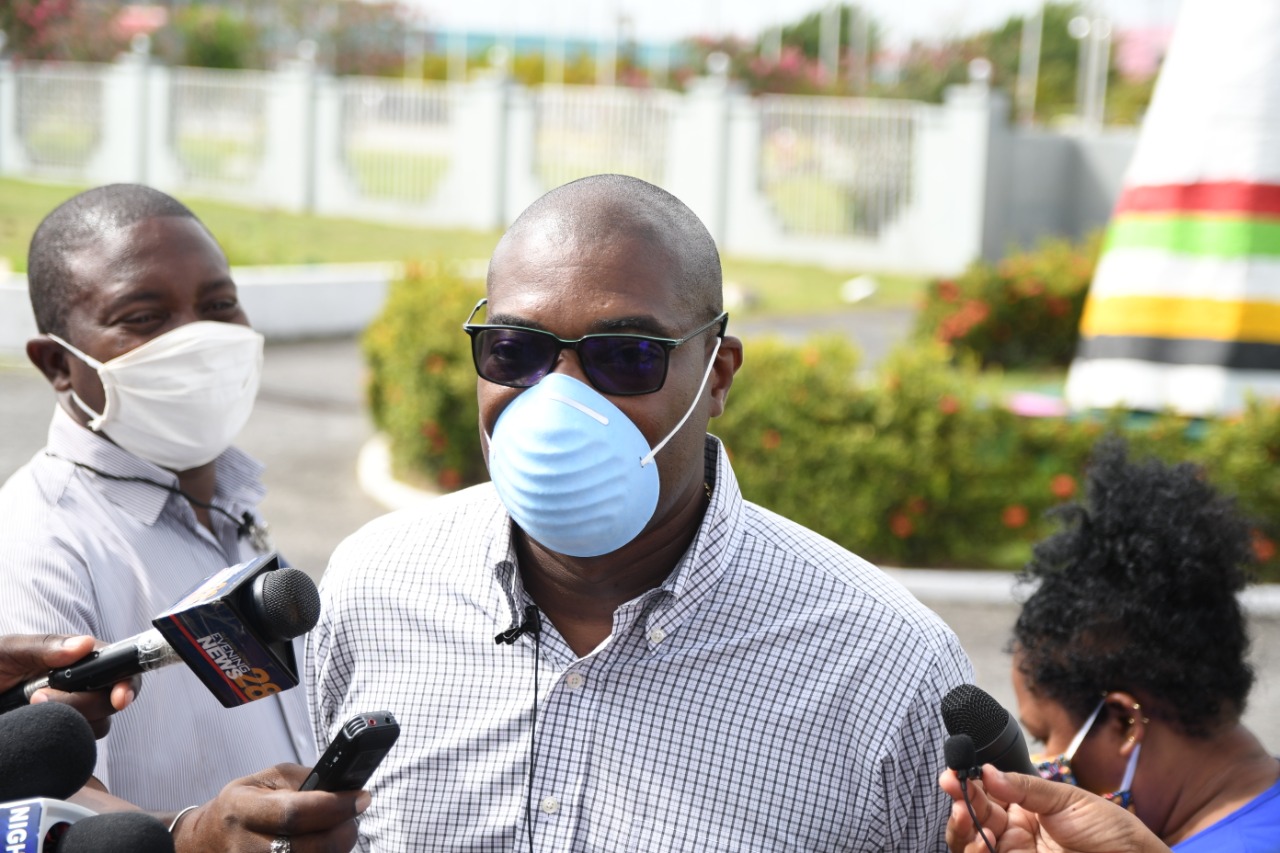 Minister of Public Infrastructure, David Patterson speaking to the media outside the Arthur Chung Conference Centre

Minister of Public Infrastructure, David Patterson, representing the coalition confirmed that the matter was raised with the GECOM. A request was made for the commission to decide on the matter before the process continued.

“Let me put this into perspective, if the coalition representatives were reaching the IT personnel alone it would be a big issue…we would be hearing why was it necessary to reach…what’s good for the goose must be good for the gander,” Minister Patterson stated.

The Minister emphasised that there should be no “secret meetings” and that all the parties must follow the stipulations set out by GECOM.

“When you have a process, everybody must follow the process…Party representatives must not be meeting with IT managers. We have not held any individual meetings with any managers of GECOM and we would not do that and we hope that others would do same,” he stressed.

Earlier this morning, Minister Patterson reported that the first round of day two’s recount started at exactly 08:08 hours. Region 4’s boxes were out first, followed by Regions 1, 2 and 3.

The Public Infrastructure Minister noted that while all ten workstations were active, there were a few empty seats.

Minister Patterson also commented on an issue his party raised yesterday relating to the surfacing of a death certificate during the recount of the ballot boxes. This came as a photograph was circulating on social media of a deceased man, Emanuel Williams, who allegedly still voted at a polling station at the Karawab Primary School in Region 2.

He explained, “We have death certificates, migration records, and all other reliable information. We have the opportunity to recount, so we will provide as much evidence on the process – how it was transpired, how persons voted and then eventually, the successful party.”

Yesterday, GECOM PRO, Yolanda Ward, confirmed the commission noted their concern and providing that there is proof to support the claims, will deliberate on how these matters will be addressed.

“It is something that the commission has to deliberate on and provide some guidance,” she stated.

Minister Patterson said he is confident that the commission will resolve the issue and provide guidance before the process can move forward.

“We took their word, they said they would have a resolution to certain issues so I don’t hope for another round of ballot boxes to be opened without us having some clear directions on what we can do and what will be allowed,” he said.

A total of twenty-five (25) ballot boxes were counted during day one of the national recount process on Wednesday.