The top ten students from Region 3 were on Friday honoured for their outstanding academic performances at this year’s National Grade Six Assessment (NGSA).

Ruth Larson and Shrirish Persaud from the Academy of Excellence copped the coveted number 1 ranking for the region with a tied score of 530 marks. Larson aspires to be a doctor while Persaud eyes a career in aeronautical engineering. In an invited comment with the Department of Public Information (DPI), the young scholars shared their reaction to accomplishing the remarkable feat.

“I was shocked! My mother started to cry, and my father; he went out to see if it was really true,” said Larson. Meanwhile, Persaud stated, “I was very happy, very excited. I was mostly like jumping and screaming.”

Basking in the glory of the moment was Athaliah Joe, also from the Academy of Excellence who conveyed to DPI, “I feel ecstatic. I am so happy. My father was very happy. He almost lifted me up. My mother twirled me around.” After ramping up 527 marks and with high hopes towards her future, Joe confidently expressed, “I want to become a doctor, but I want to do a bit of IT [Information Technology] with it.”

Director-General within the Ministry of the Presidency, Joseph Harmon delivered the feature address to the students and parents at the Department of Education’s boardroom in Region 3. During the speech, the Director-General commended the students for aiding in the improvement of the passes for the region with their stellar performances. DG Harmon also noted the Coalition Government’s continuous commitment towards enhancing the educational sector. After highlighting that there have been steady increases in budgetary allocations, the Director-General said, “we have therefore matched our words with our actions.” 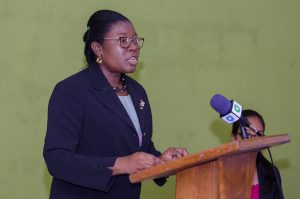 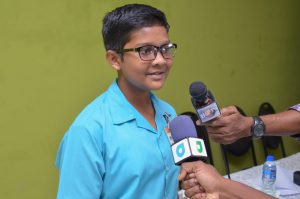 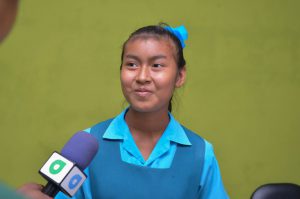 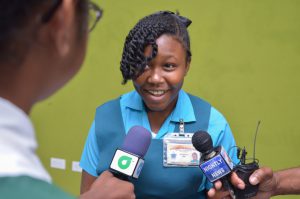 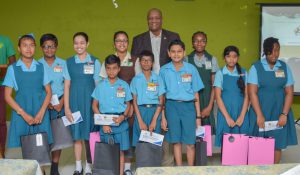 Top 10 Students of Region 3 along with Director-General within the Ministry of the Presidency, Joseph Harmon

Table 1: Coalition Government’s increased investment in the educational sector from 2016 to 2019

Regional Information Officer Ganesh Mahipaul was also in attendance and mentioned that the improved academic performances of the schools within the Region were catalysed by the Government’s support for education. “The Regional Administration will continue to focus on improving in this nation because we believe, in keeping with the Government’s policies, that the best way to develop a country, and the best wealth one can have is to be educated.”