The Upper Takatu-Upper Essequibo Region has recorded its first case of the novel coronavirus (COVID-19).

Speaking to DPI, Regional Executive Officer, Carl Parker related that the man who has been confirmed to have the virus lived in Bonfim, Brazil but worked as a miner in Guyana hinterland.

“The person in question had felt unwell and travelled to Bonfim to receive treatment. However, even though his condition did not improve he returned to Lethem where the Regional official alerted the Public Health Ministry,” REO Parker relayed. 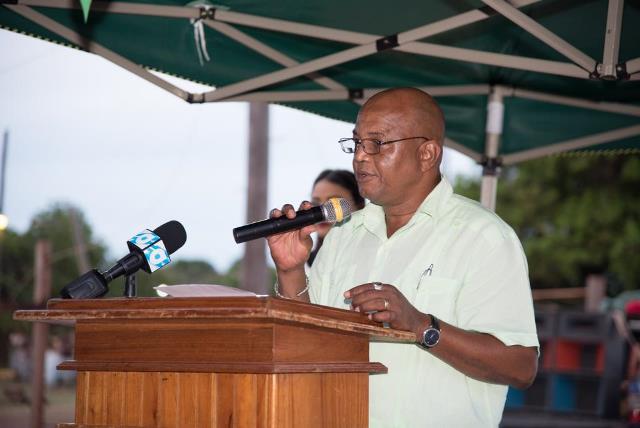 On Saturday, May 9, public health officials travelled to Lethem where they collected a sample from the suspected case.

Parker said the Regional Health Officer today received a call from the Public Health Minister confirming that it was indeed a positive case of COVID-19.

“The suspected case has now been confirmed as positive. We all have to be extremely careful,” he emphasised.

In an earlier interview the REO had noted that with the increasing number of persons testing positive for the novel coronavirus in Brazil, the Regional Administration had stepped up monitoring at borders.

He noted that the Guyana Police and the Guyana Defence Force have been patrolling borders to ensure persons on either side of the border do not attempt to cross unofficially.

The REO also commended the leaders of the various bordering communities for playing their part in actively clamping down on illegal crossing.

“We incorporated Indigenous villages situated along the border to form a sort of buffer zone and those villages have been doing well. They have put several measures in place, some of them have built gates; some of them would have thrown down trees and dug trenches to prevent vehicles from crossing. In the dry season when the water is low, vehicles whether motorcycles, cars, jeeps can drive over and people can also walk across,” Parker explained.

Over the weekend the Public Health Minister had accompanied the team who travelled to the area to train rapid response personnel in the five sub-regions – Central Rupununi, Sand Creek, Aishalton, Karasabai and Annai.

While there the Minister assessed the region’s preparedness to handle the preparedness for COVID-19 pandemic.

Parker also informed that a vehicle has been assigned to transport suspected COVID-19 cases while a four-bed isolation facility has been set up and quarantine facilities are also being prepared for suspected cases.

In light of the new development, REO Parker is calling on the residents of Region 9 to be vigilant and “, report any instances of persons crossing the border so that we can investigate, do contact tracing because this is everybody’s business. We all need to collaborate to keep COVID-19 out of the Rupununi.”

He also underscored the need for all to continue following the public health advisories to practice social distancing, wash/sanitise of hands, wear face masks, stay home and avoid crowded areas.