Minister of Public Health, Dr. George Norton over the weekend, delivered drugs and other medical supplies to 15 health facilities in the Moruca Sub-Region in Region One.

These facilities had reported drug shortages.

The pharmacist of the Kumaka District Hospital told the minister that, “Our drugs would usually come from Materials Management Unit (MMU), but the time that it takes to get here, sometimes we run short. Another thing, when the drugs come, we don’t get it with a receipt so we don’t know what MMU is sending against what we are receiving.” 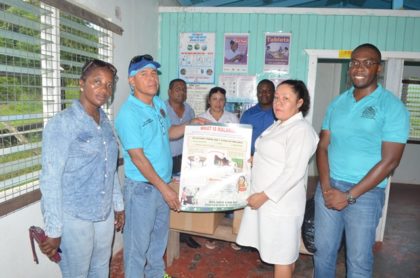 This report has prompted the minister to conduct further investigations on the issue and assured that systems will be put in place to address it.

The Public Health Minister and a team were in the region for a three-day visit to inspect the conditions of the public health facilities, and to hold discussions with health care workers.

Following visits to a number of facilities in the region, the minister told the Government Information Agency (GINA), that several health facilities in the Moruca Sub Region will see vast improvement by year-end.

Minister Norton observed the need for capacity building among staff, and the addition of requisite personnel to complement the upgrade.

The new additions to operations will include training of Community Health Workers (CHWs) in microscopy to carry out rapid tests for malaria, dengue and other vector- borne diseases.  Additionally, other health workers will be trained in midwifery to facilitate child birth within the respective villages.

Infrastructural upgrades include the rehabilitation of several health posts in the form of tiling, repainting, installation of solar panels, electrical equipment and appliances and other equipment such as birthing beds. 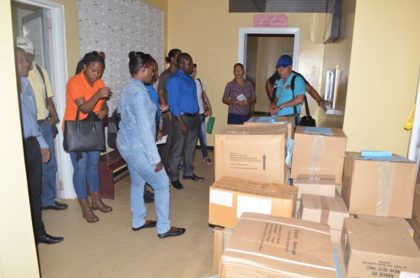 Minister of Public Health, Dr. George Norton briefing his team before distribution and delivery of drugs to health facilities in Region One

Major infrastructural works are planned for Chinese Landing health post as regional health officials are considering revamping the facility. The minister and his team visited the health post only to find it unoccupied. Minister Norton explained that, “Chinese Landing has been abandoned to some extent, but you’ve got a school, you’ve got that health hut there and while the population is dwindling, we would still want to maintain it, and do all that is necessary to get it in workable condition.”

Residents complained that there has been no CHW assigned to Chinese Landing since the last one was deployed to another village.