The Region Six Department of Education (DoE) along with the Regional Democratic Council (RDC), on Monday, honoured 29 students who performed extremely well at various examinations in 2018.

The fourteenth annual ceremony was held at the Berbice High School’s Auditorium. Joining in the celebrations were parents, education officers and head teachers from Nursery, Primary and Secondary schools in Region Six.

For the National Grade Six Assessment (NGSA), twelve teens were recognized as top performers. Among them was Ranjiv Babulall who achieved 520 marks and gained a space at Queen’s College, and Michael Moorsalin, Quacy Isaacs, Anisa Hafiz and Frank Waddell. 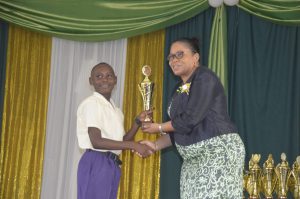 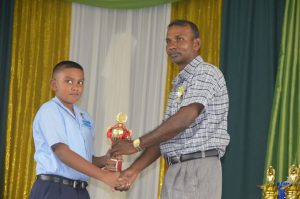 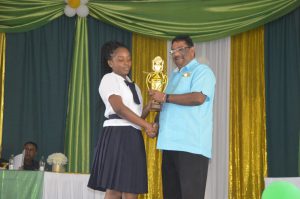 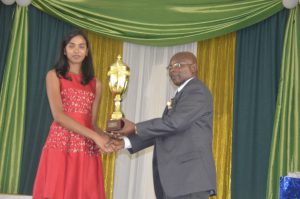 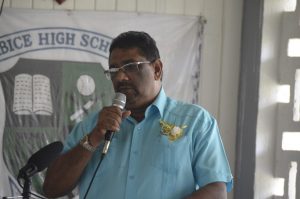 In his keynote address Owen Pollard, Assistant Primary Chief Education Officer, emphasized the worth of a sound education and encouraged the awardees to make the need for learning a practice. “You have made your school, parents and region proud. However, this is not the end of the road. Prosperity is not easily achieved; you will have to continue to strive always for excellence.”

Regional Chairman Permaul Armogan told the students that in order for a country to achieve its true potential, its citizens should be educated.

The region in 2018 saw a 63 percent matriculation compared to last year, with 57 percent at the CSEC Examinations. Seven high flyers were also listed among the top thirty-nine CSEC students in Guyana.