Five schools within Regions Five and Six are now better equipped to teach students in the areas of science as one Information Technology laboratory and four science laboratories were commissioned over the past two days.

According to the students, the laboratory will greatly benefit them, particularly the students that are preparing to write the Caribbean Secondary Education Certificate (CSEC) examinations this year.

While at the Canje Secondary School in Region Six Minister Henry also handed-over sports items and home economics utensils to the students. On her last visit to the school, the Education Minister had engaged the students and they would have highlighted the need for the items. Minister Henry had then made a commitment to deliver the items, a promise that she has fulfilled.

On that day, the Education Minister also commissioned a new science laboratory at the Vryman’s Erven Secondary School. Teachers and students of the school expressed their gratitude and happiness for the new facility and were urged to use it responsibly. While there, the Education Minister was given the honour of conducting a tree planting exercise to mark the important occasion. 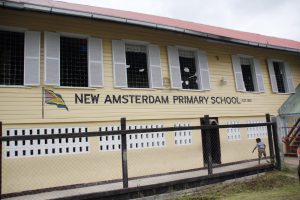 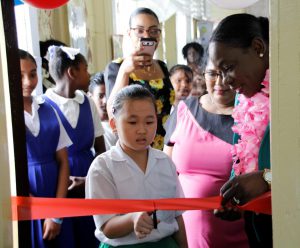 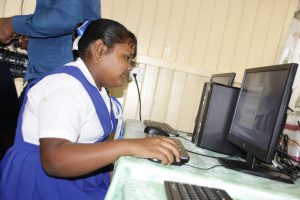 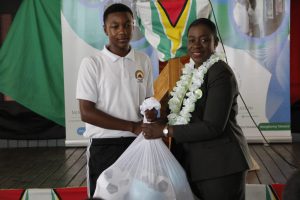 Minister of Education, Dr. the Hon. Nicolette Henry handing over the sports gears to a student of Canje Secondary School 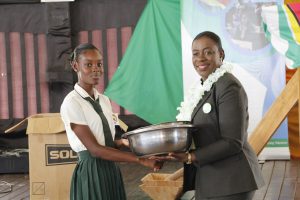 Minister of Education, Dr. the Hon. Nicolette Henry handing over the kitchen utensils to a student of the Canje Secondary School 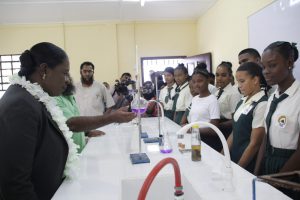 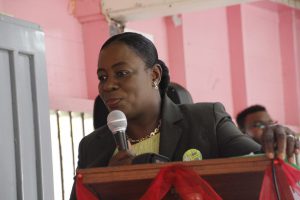 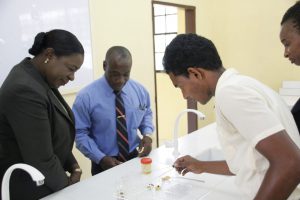 Minister of Education, Dr. the Hon. Nicolette Henry and the Headteacher of the Vryman’s Erven Secondary School along with students conducting an experiment in the new laboratory 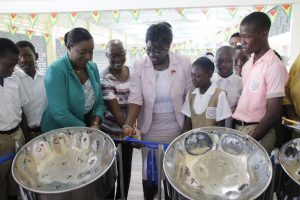 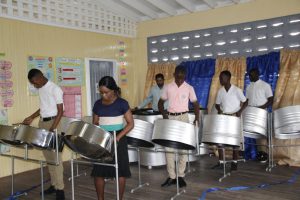 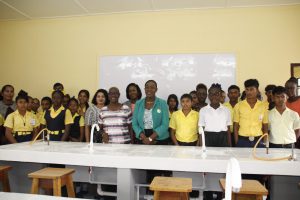 Minister Henry said that the commissioning of the three laboratories is aligned with the Ministry’s STEAMS (Science, Technology, Engineering, Arts, Mathematics and Spirituality) drive. She said that in order to execute the Science aspect of STEAMS, schools need to be equipped with science laboratories that meet the required standard.

Further Minister Henry noted that it is important that the laboratories are managed in a way that is in keeping with best practices so that students can be in an environment that is conducive for learning.

On Thursday, February 7, 2019, the Education Minister visited the Woodley Park Secondary School in Region Five to have their science laboratory commissioned. The facility was constructed at a cost of $14M and it is the first for the school.

Minister Henry told the students that she expects to see improved performance in the science subjects taught at the institution. Further, she encouraged the teachers to ensure that the new science laboratory, delivers content that will see improvement among the school population.

On Thursday, the Education Minister also commissioned a new set of steel pans at the Belladrum Secondary School.

Moreover, the New Amsterdam Primary School was gifted 12 desktop computers and accompanying accessories from the Ministry of Education to aid its Information Technology programme.

During her brief remarks, the Education Minister told the children that in the 21st Century, it is important that they are computer literate and that the school’s IT programme is the first step towards realising that.

Additionally, Minister Henry said that she is looking forward to academic improvements from the school and wants the computers to be adequately utilised. The twelve computers and accessories are valued at over $1.6M.

Minister Henry also paid a visit to the Gibraltar-Courtland Primary School where she distributed items such as books and other educational items to the Grade Six students.