Residents of Ruimzeight will now be free from salt water intrusion as the sea and river defence in that West Coast Demerara community has been completed. The sea defence in the area had long been in a critical state from the destruction of mangroves, resulting in rapid erosion.

Project Engineer, Ministry of Public Infrastructure, Dennis Ramsingh told the Government Information Agency (GINA) that 200 metres of rip-rap work was carried out on the sea defence. Ramsingh explained that because of the rapid erosion between Crane and Ruimzeight, government took the decision to build the rip-rap sea defence in phases to address the problem. 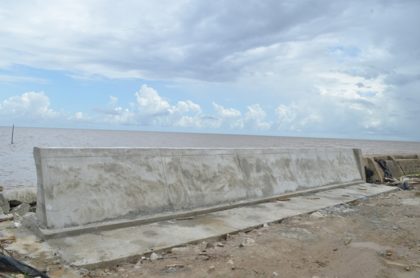 However, “prior to that rapid erosion on the site between Crane Housing Scheme and Waller’s Delight when the government visited the site six months ago, they were prompted to earmark for works urgently. Basically the hydraulic loading has increased on the very old structure,” Ramsingh said.

Earlier this year, officials from Ministry of Public Infrastructure and the Caribbean Development Bank (CDB) visited the site and found that the sea defence was in a critical state. Subsequently, assistance was sought from the bank to complete 1200 metres of rip- rap works between Crane and Waller’s Delight, Ramsingh pointed out. 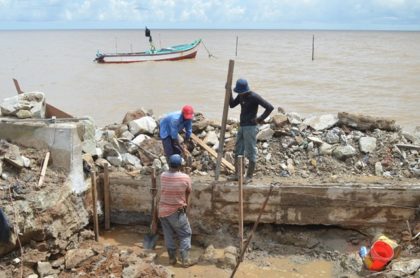 Additionally, the Ministry of Public Infrastructure has ongoing maintenance works on the sea and river defence at Cornelia Ida. Ramsingh explained that this project is being facilitated under the Ministry’s local maintenance programme. The scope of works includes the rehabilitation of the concrete wall of the sea defence to extend the life of the structure.

Similar rip-rap works have been completed at Orangestein while works are ongoing at Waller’s Delight. 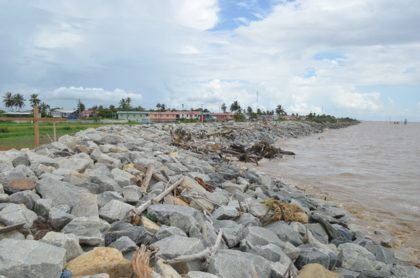 In the 2016 budget, $1.38 Billion has been provided for Sea and River Defence works. Among some of the major projects identified are the construction of rip-rap river defence in Wakenaam; Blenheim, Leguan; and Islington, Berbice, among others.