President David Granger, this morning, said that his administration is seeking to ensure that Guyana remains a safe, secured and stable place for all citizens.

The Head of State was addressing senior officers of the Guyana Police Force (GPF) at the annual Police Officer’s Conference at State House. 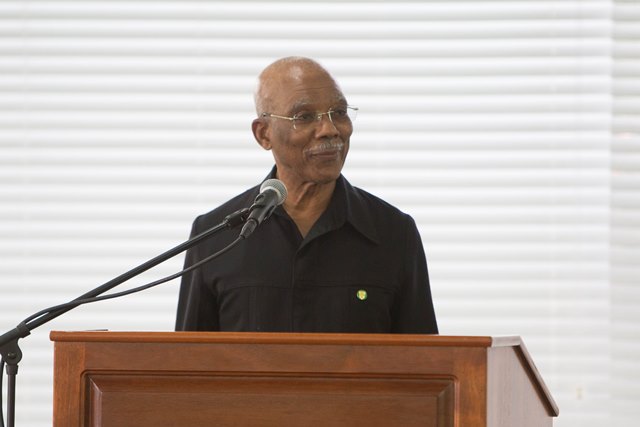 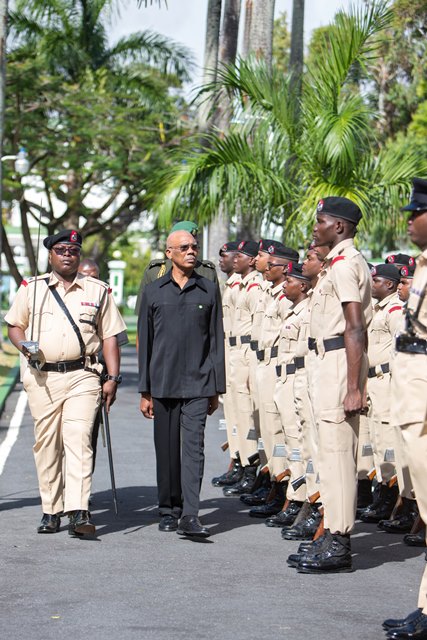 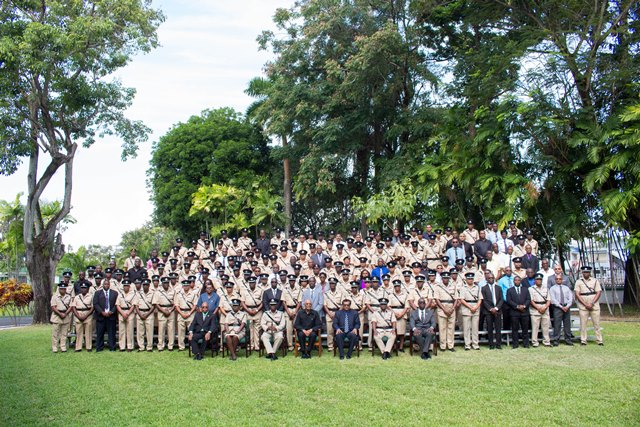 President David Granger with senior officers of the GPF this morning.

According to President Granger, Guyana looks to the Police Force for security. The police, he said, must, therefore, enlist the trust and confidence of citizens.

“Guyana cannot fulfil its potential as a peaceful and prosperous nation unless it is secured and stable. Security and stability can be guaranteed best, by a strong police force,” President Granger told the officers and special invitees.

The Head of State also stressed that because of the responsibility of the police force, officers must also rid themselves of corruption. To this end, he noted that bribery, a notorious crime that contributes to corruption, should be sheared from the force.

“A force which is contaminated by corruption cannot safeguard the security of our citizens. Service in the force must be based on the value of the commitment, competence and incorruptibility.”

President Granger said the Police Force is mandated by the Police Act to perform the task of the prevention and detection of crime, the preservation of law and order and peace, the protection of property, apprehension of offenders and the due enforcement of laws and regulations.

The police force is also guided by the Police Service Commission (PSC), and the Police Complaints Authority (PCS) – constitutional bodies that were both reconvened by the government in August and September 2018, respectively. The commission has the power to exercise disciplinary control, while the Complaint Authority carries out independent investigations into allegations of serious crimes committed by members of the police force.

“The appointment of the complaint authority is consistent with the government’s commitment to increasing public trust in the force. The authority can engage or engender public trust,” the Head of State said.

The Guyana Police Force is also celebrating its 180th anniversary today. President granger told officers that the force can carry out its mandate only if it is commanded by a core of officers who are competent, committed and uncorrupted.