As of noon today, the recounting agents for the March 2, 2020, polls were able to complete some 17 ballot boxes, Public Relations Officer (PRO) of the Guyana Elections Commission (GECOM) Yolanda Ward has reported.

Counting agents were able to complete four boxes each for the Region One Barima-Waini, Region Two Pomeroon-Supenaam and Region Three-Essequibo Island-West Demerara regions and five boxes for Region Four Demerara-Mahaica 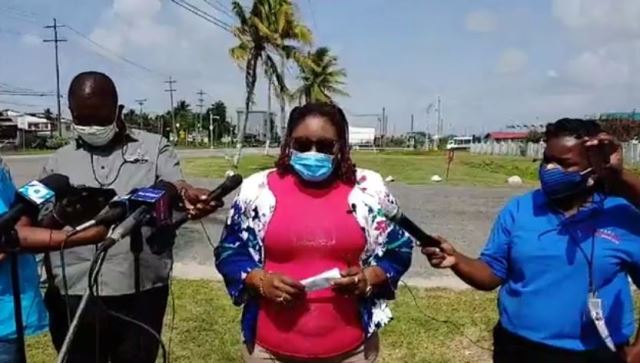 While that process continues, the commission was also able to complete the tabulation of some 23 Statements of Recount (SOR). These include 14 from Region One and nine from Region two. The process will continue today between 17:00hours and 18:30 hours.

The Commission is currently meeting to address another issue brought up about the observation report.

GECOM had decided that during the tabulation exercise, the observation report for the respective box would be displayed on a screen at the same time. Ward said at some workstations this morning there were reports of agents writing their observations on the SOR, to which there were objections.

Based on those objections, the commission is currently meeting to decide on that matter

The process requires that upon completion of the counting every box, the staff is required to prepare an observation report which is attached to the SOR. Ward said there seemed to have been some misunderstanding of the decision of the commission.  Some staff, while also preparing the observation report, also made notes on the SORs.

As the recount continues, Ward said GECOM anticipates that District one, because of the number of ballot boxes, will most likely be completed first. Region One has a total of some 97 boxes. When that is completed, agents will move on to Region Five – Mahaica Berbice, as is stated on the Recount Order.