Situation at Leguan Stelling must be remedied – Min. Indar

The prolonged rehabilitation works at the Leguan Stelling will soon be addressed to ensure that every resident utilising the ferry benefits from more enhanced service.

It is almost two years now since the contract for this project was awarded to S. Maraj Contracting Service in September 2018. According to that document, the exercise was supposed to be completed within six months.

On Friday, amidst the inclement weather, Ministers of Public Works, Hon. Bishop Juan Edghill and Hon. Deodat Indar visited the island, where they inspected the ongoing project and assured residents that their long wait will come to an end. 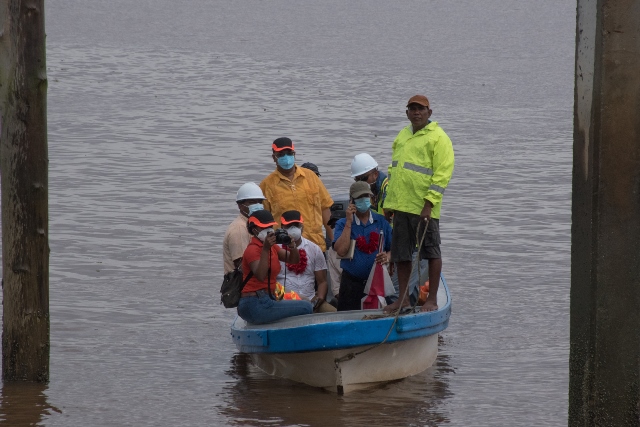 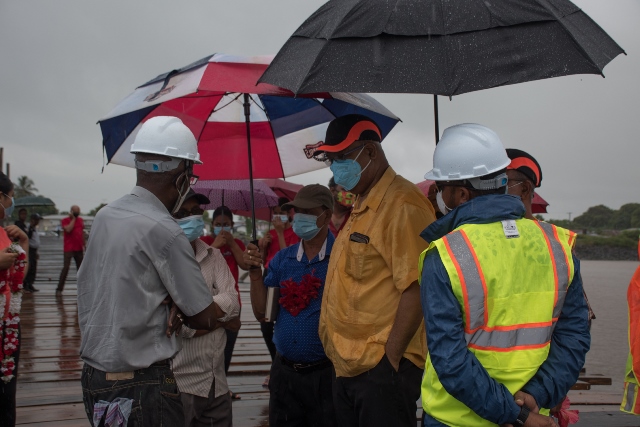 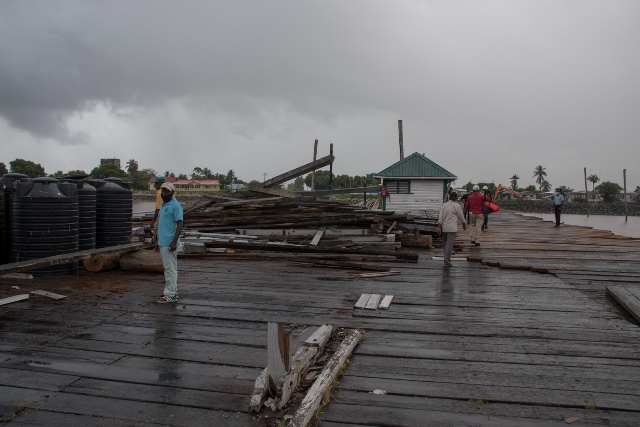 Ongoing works at the Legaun Stelling.

During his engagement with residents, Minister Edghill reiterated that the project was “badly managed and administered.” This he said includes, among other things, untimely decision-making and lack of settlement of matters of dispute. “And while all of this is going on you are the ones suffering.”

As it relates to the long delay with works at the location, the Public Works Minister noted that those issues were addressed the General Manager of Transport and Harbours Department, Marclene Merchant as well as the with the contractor Mr. Maraj.

“I told him to get to work and I will come one week after to inspect and see what is taking place.”

While works are ongoing, Minister Edghill, however, indicated that he is dissatisfied with how the stelling is maintained and advised that it be immediately tidied. He noted that when the project is completed, it must also take into consideration the elderly and have the necessary facilities established.

Further, the Minister instructed the contractors to install safety signs to prevent injuries to passengers who still occupy the stelling. He said the venture must be done accomplish soon.

“The commitment that we will give to you is that wherever work is being undertaken, the unpriced bill of quantity must be placed public in the community so that people could be able to examine and check to make sure what needs to be done is being done,” the Minister concluded.