Small aircraft operators now have the opportunity to park their aircraft without hassle because of a new light aircraft parking ramp which was opened today, at the Ogle Airport.

This will enable light aircraft without permanent hangar facilities to have access to parking. 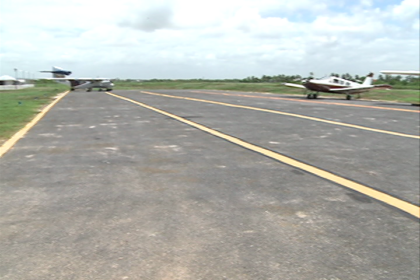 Minister of Public Infrastructure, David Patterson who officially opened the new parking ramp said, “It was becoming burdensome for aircraft operators to use the existing facilities, so this is a good initiative to address those concerns.”

He added that, “This is not only for international operations, but domestic operations also, and we do want to ensure that all operators have a chance to be economical,” Minister Patterson said.

Caribbean Aviation Maintenance Services (CAMS) Chief Executive Officer, Anthony Mekdeci explained that Ogle Airport has invested $10.5M for the construction of the ramp that can handle about 10 aircraft weighing no more than 25,000 pounds.

According to Mekdeci, the ramp is a commitment of the Chairman of the Ogle Airport. “It was intended that the ramp serve those aircraft operators who were not able to park their aircraft and who were accustomed to parking at the expense of other operators at the airport.”

The ramp is constructed approximately 500 feet away from the airport’s main runway and has direct access to the main taxiway to the runway. It is a fully equipped parking facility with electricity and water supply and aircraft tie downs. 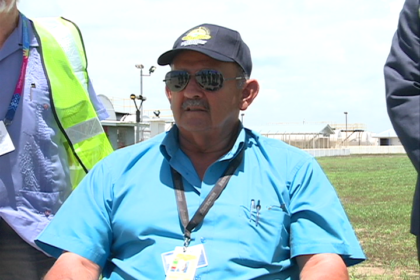