(Georgetown, August 20, 2016) – As the Ministry of Public Health continues with its efforts to ensure every Guyanese has equal access to health care, subject Minister, Dr. George Norton yesterday turned the sod for the construction of a new Health Post in the remote village of Kurutuku in Region 7 (Cuyuni/Mazaruni). 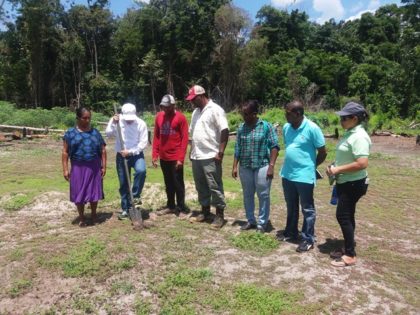 Public Health Minister, Dr. George Norton (second from left) turning the sod for the construction of the new Health Post in Kurutuku, Region 7. Also in the photo are Residents of Kurutuku, Region 7 Engineer, Adrian Ragoobeer (fourth from left), Director of Regional Health Services, Dr. Kay Shako (third from right) and other officers from the Ministry

The new Health post will benefit some 100 persons who reside in the village, as well as those in neighbouring villages. Construction is expected to commence within the next few days, since the materials have already been procured and the contractor is already on site.

Dr. Norton pointed out that the village is very remote and is a far distance from Bartica, which has the nearest hospital, as well as the nearest Airstrip at Eteringbang.

According to him, it is expected that basic deliveries will be done at the new Health Post, which would also provide pre and post- natal care and other inpatient services, particularly for those who may contract Malaria.

Currently, there is one Community Health Worker (CHW) in the village, and Dr. Norton expressed hope that in the very near future, the ministry will be able to have a Medex or even a trained midwife at the new Health Post.

He informed that his officers have already taken the names of two persons from the village who are interested in pursuing studies to become a CHW and they hope to have them on board soon. 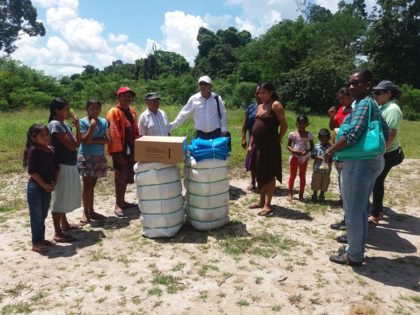 Minister Norton hands over the medication, treated mosquito nets and clothing to residents of Kurutuku

Minister Norton said that the plan is to ensure that regular visits are made to the village, so as to ensure that the contractual obligations are met. The new building will measure 25 by 50 feet and will accommodate the Health Post as well as living quarters.

Meanwhile, one of the residents of the village, Rosita Lewis pointed out that the CHW is currently working in a section of the teacher’s quarters, which is not ideal and poses a challenge, especially when caring for pregnant women.

As such, she stressed that the building will afford him a space to carry out his functions comfortably, and for this, the villagers are very grateful.

Lewis said that the previous government was constantly promising to have the Health post constructed, but never fulfilled its promise. The villager expressed gratitude to the Public Health minister for ensuring that they have a new Health Post. 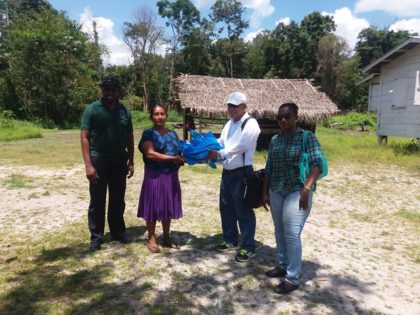 Minister Norton was accompanied on his visit by Region 7 Engineer, Adrian Ragoobeer, as well as other officers from the ministry, including Director of Regional Health Services, Dr. Kay Shako and Director of Vector Control Services, Dr. Horace Cox.

Treated mosquito nets as well as medication were handed over to the residents by Minister Norton, along with a quantity of clothing which was donated by Food for the Poor.

While in the region, the subject Minister and his team also took the opportunity to visit the site where the Eteringbang Health post is being refurbished. The building is expected to be completed by mid – September. 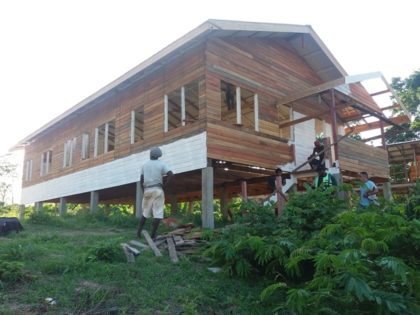 The Eteringbang Health post which is currently being refurbished