(Georgetown, June 19, 2016) – The Ministry of Public Health in collaboration with the Guyana Masters Athletics Association (GMAA) and Fight Against Sickle Cell Stigma (FACES) today hosted a walk and run in the National Park in Observance of World Sickle Cell Awareness Day 2016. 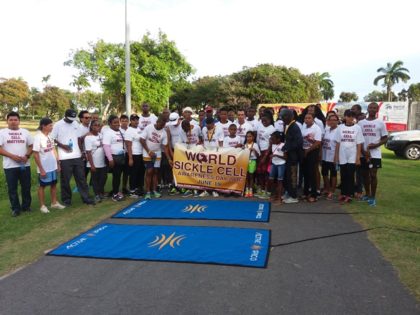 Dr. Norton, who also happens to be the President of the GMAA, was adamant that this activity be a part of the observance of World Sickle Cell Awareness Day 2016, which was observed today under the theme “Exhibit courage and address ineffective areas of support.”

He thanked those who participated in the event, while stressing the importance of adapting a healthy lifestyle. Dr. Norton said that he was pleased to see youths participating as well.

President of FACES, Sabrina Kazim thanked the Ministry of Public Health for its partnership in organising the event. She highlighted that several sicklers participated in the event, which is admirable, since often times sicklers are unable to participate in rigorous activities.

Kazim took the opportunity to express gratitude to those persons who are not sicklers but took the time out to raise awareness of the disease by participating. 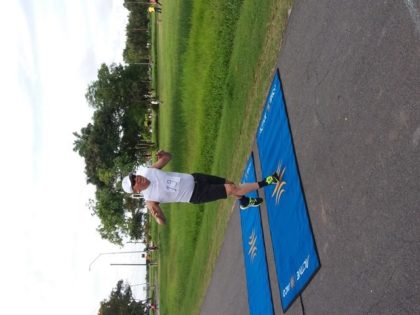 Director of Sport, Christopher Jones pointed out that while today is Father’s day, several fathers still took the time out to participate in the event, showing how important it is..

Jones said that the National Sports Commission (NSC)was proud to be part of the event and is of the firm view that a body in motion stays in motion. He noted that physical exercise can prevent a number of diseases.

The Director of Sport gave his assurance that the NSC is willing to come on board and lend its support to any activities planned to raise awareness of Sickle Cell Anemia.

Medals were presented to the First, second and third place winners of both the Run and walk, as well as to the youngest and oldest participant in the event. 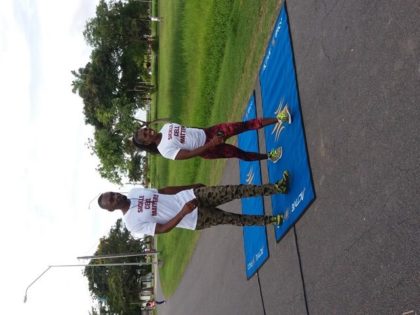 The Ministry of Public Health took an active role this year in raising awareness of Sickle Cell Anemia, with the hosting of a workshop, today’s run and walk, and a Continuing Medical Education Lecture is slated for tomorrow for medical practitioners on Primary Care for Adults with Sickle Cell Disease.