Several road projects which were stalled will now resume with the availability of asphalt (bitumen). Coordinator, Work Services Group, Ministry of Public Infrastructure, Geoffrey Vaughn informed the Government Information Agency (GINA), that the Asphalt Plant is now in receipt of bitumen.  Some road projects were put on hold due to the unavailability of asphalt in the country.

Road projects including the Sophia Ring Road and the East Bank Demerara Road among others were halted because the country did not have asphalt. “We’re not having bitumen which is necessary for road construction, because for some time now there has been the shortage of it in the country and this has really affected a lot of the projects that are ongoing” Vaughn said.

Asphalt commonly known as bitumen is used in road construction as the glue or binder mixed with aggregate particles to create asphalt concrete.

Vaughn explained that, “without it, the final paving of the roads to make them strong and durable cannot be done unless a dam road is being done.” He explained that the shortage of bitumen in the country had affected a lot of ongoing projects.. 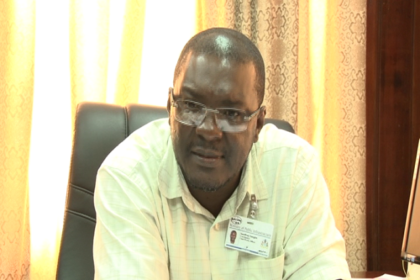 Some road works that have resumed since are the Ogle road and the railway embankment from Ogle to the University of Guyana.  Other works that will resume within the next two weeks are, the A-D link Sophia Road project; Section E Sophia also known as Plum Park; Church Road, Bachelor’s Adventure; Fifth Street, Mon Repos; and Diamond Road network, D and C.

In relation to the incomplete Sophia – Dennis Street road, Vaughn explained that the road has experienced a foundation problem and corrective works will be carried out soon so that the final paving can be completed. “Residents and commuters will soon be relieved and benefitting from a properly done road,” he assured. 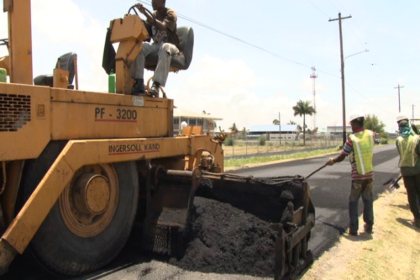 In the 2016 national budget, $1,425.6B was allocated for miscellaneous road projects while $1,164.4B was allocated for urban roads in furtherance of government’s plan of restoring infrastructure to improve traveling conditions and road safety for all Guyanese.