The National Sports Commission (NSC) will assign sport organisers and coaches in the fifteen Educational districts in keeping with the Government’s agenda to reintegrate sports into the primary and secondary schools curriculum.

“…The Sport Commission in the effort to do what the APNU/AFC government set out to do, to reintegrate sports back into the school curriculum,” Director of Sports Christopher Jones told the Government Information Agency (GINA)  today in an interview. 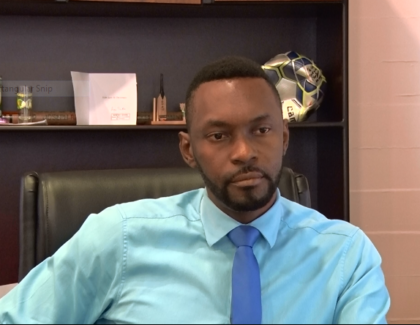 Jones said that NSC will be adopting the Guyana Teacher Union’s (GTU) district structure as an approach to refocus the way that the organisers and coaches conduct their work.

“What obtained before  is essentially an organizer will simply just go to a region or a village and conduct some training of some particular sport discipline and at the end of that, there is no follow up, there is no programme that is developed after that ,so essentially it is just a waste of resources going there,” Jones explained.

The Sports Director highlighted that the pilot programme will commence in Regions Two, Three, Six, Eight and the East Bank from March and hopes to expand the programme into the remaining districts in September.

Within the last three months the NSC would have interacted with 187,000 pupils across the country. Jones stressed that NSC will be rebuilding the structure of the programme since it has not been active for over 18 years. The Director of Sports pointed out that the programme will assist the NSC to scout youths to develop their talents and to establish an elite programme for athletes.

“Essentially now our coaches and organizers in those respective districts, as they are working with pupils they would be able to scout talents from the various disciplines. Pulling out from those they would have scouted across the country (they) will go into our database, essentially from that database we will be able to establish an elite programme for a particular discipline and we would be working with those youngsters across the country to ensure that they develop that particular discipline they would have shown potential in,” Jones pointed out.

Additionally, the youths in the hinterland regions will also be given special attention by the virtue of the Sports Commission working within those districts.

The Sports Director noted that the NSC will place emphasis on regional sports specifically without neglecting other areas since, “we are keen on those regions that we know that we can harness the best of a particular discipline”.