Guyana is expected to see a rise in international visitors as the Tourism Hospitality Association of Guyana (THAG) and the Hero Caribbean Premier League (CPL) partner to market ‘Destination Guyana’.

The agencies told media operatives today at the Duke Lodge Hotel, of the effect sporting events have on the tourism industry in many countries.

President of THAG, Mitra Ramkumar said over the years sporting events have had massive economic impacts on the local tourism industry. He noted in 2017 the Hero CPL injected over $2.9Billion (US$14Million) in the game and created some 492 jobs locally. 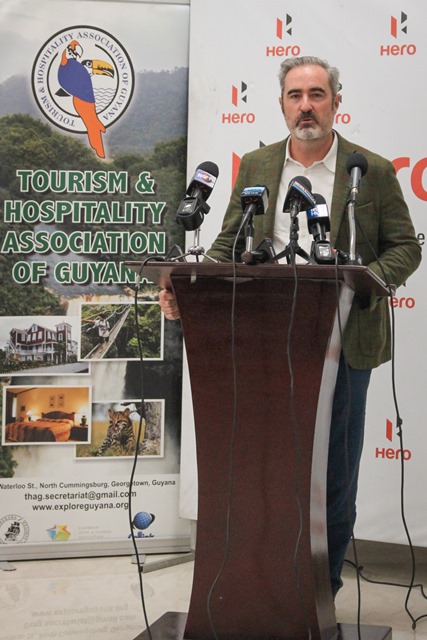 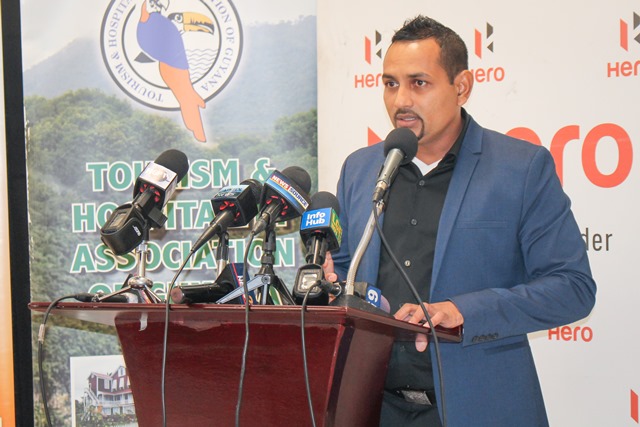 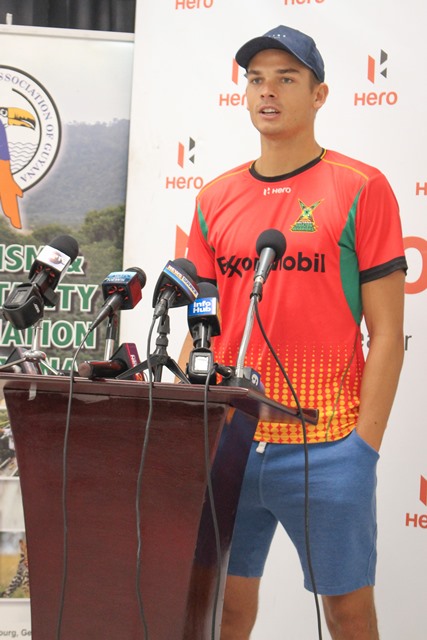 Ramkumar further highlighted that in 2017, over 4000 hotel rooms were occupied as a result of the influx of visitors. He added that the matches broadcast attracted at least of 19.1 million views.

This type of medium the THAG president noted is an exclusive way to market Guyana to the world, “I want to congratulate Hero CPL for highlighting aspects of our country during the games. This is all a part of sports tourism and these are the things that actually bring people together.”

The THAG president is positive that the numbers for job creation and economic gains will increase tremendously this year, with Guyana hosting seven games.

According to Ramkumar, the Association looks forward to partnering with Hero CPL to highlight tourism hotspots in Guyana; as such he welcomes more sports event in the country.

Hero CPL Commercial Director, Jamie Stewart said CPL has been a powerful platform in marketing ‘Destination Guyana’. He noted many governments are recognising the importance of sporting events in boosting a country’s economy.

“The primary reason to host events would always be the economic impact, and that is an impact that is increasingly being able to be measured in a very scientific way. I think for a lot of countries and Guyana, this is very potent. Sports events bring tremendous value to the countries they are hosted in,” he stated.

Australian cricketer and Captain of the Amazon Warriors Team, Chris said, “The work done by the tourism board and CPL to promote cricket and Guyana as a whole has been commendable, I have thoroughly enjoyed my time despite the hectic schedule. Hopefully, I can come back next year and enjoy everything this beautiful country has to offer.”

In 2017 HERO CPL injected a total of $20.9Billion (US$100M) into the Caribbean. The commercial director said the streaming audience has since been growing exponentially across the region.