Youths will be highlighted tomorrow as Guyana joins the rest of the world in observing International Youth Day under the theme “The Road to 2030: Eradicating Poverty and Achieving Sustainable Consumption and Production.”

The Ministry of Education, Department of Culture Youth and Sport has planned a day of activities where youths will be given the chance to showcase their talents. Starting at 8:00am tomorrow, there will be a rally and march from Ministry of Education to the National Cultural Centre, Homestretch Avenue.

At that venue, a Youth Village will be held, offering an environment that will allow youths to be educated. The village will feature a number of interactive booths aimed at developing youths’ knowledge while addressing their needs, and issues affecting them.

The Youth Village will also give youths the opportunity to be guided on a career path as a number of government, businesses and Non-governmental Organisations will be present. 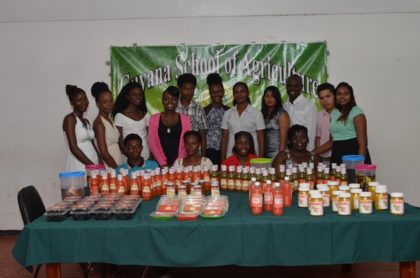 Guyanese youths will be afforded the platform to display their talents in dancing, singing, drama and poetry as a Youth Concert will be held at the National Cultural Centre at 14:00hrs.

Minister within the Ministry of Education, Nicolette Henry in her International Youth Day message reminded youths that the draft National Youth Development Policy was laid in the National Assembly. The Minister noted that policy entails a strategic blueprint to see youth development in Guyana.

According to Minister Henry, the policy has “a number of training programmes aimed at empowering our youth economically, politically and socially have already been conducted in various parts of the country and attended by youths from almost every region.”

The Minister explained that when young people are empowered, they will be able to play a meaningful role in building strong and inclusive communities.

Minister Henry stated that government will use the occasion to “renew its pledge of support to our young people in all areas of their development. With an army of youth rightly trained, Guyana’s future seems bright.”