The sexual reproductive wellbeing of close to 13,000 residents living at St Cuthbert’s Mission also known as Pakuri is now boosted following the implementation of a National Sexual Reproductive Health Policy.

The small Indigenous village is located on the Linden-Soesdyke Highway.

Launched on Thursday, during a small handing over ceremony under the community benab, the new comprehensive document is a joint initiative by the Ministry of Public Health (MoPH) and the United Nations Population Fund (UNFPA). 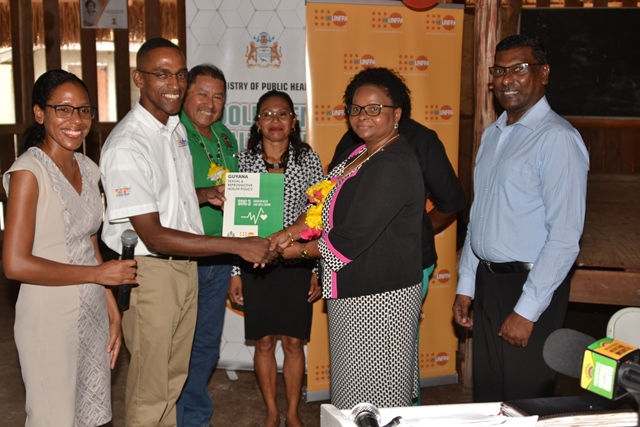 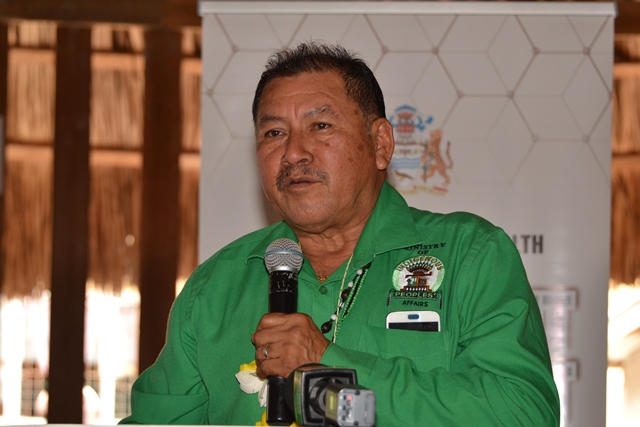 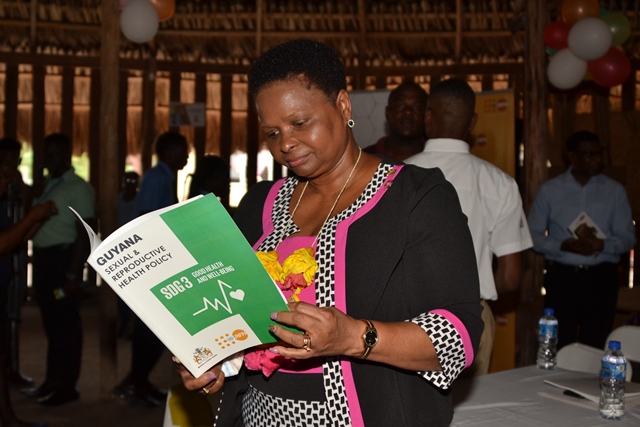 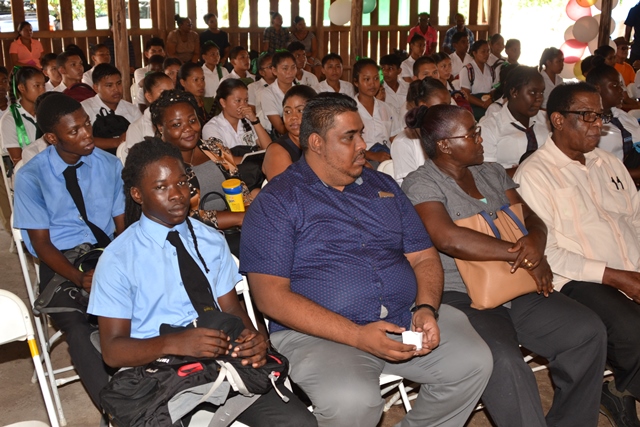 A section of the gathering during the launch of the new National Sexual Reproductive Health Policy at St Cuthbert’s Mission, on Thursday.

The document provides the way for the implementation of a complete package of Sexual Reproductive Health (SRH) measure, inclusive of education and health promotion.

Furthermore, it will assist in ensuring that issues, which affect the reproductive health of the population, specifically women, are dealt with professionally. It addressed matters such as the age of consent, child marriages, forced marriages and underaged sexual activities, among other issues.

Minister of Public Health, Hon. Volda Lawrence, emphasised that the event is a significant activity on the Public Health calendar, noting that as part of the ministry’s Health Vision 20/20, one of the key strategies envisaged is the enhancement of the quality in the delivery of sexual and reproductive health services.

“The document is designed to be used by policymakers, programme managers and planners. They can use it in their preparation, for all the programme that we would want to roll out; this policy will give them directions. It will also help in their decision making and speak to the type of interventions that they can make, that will better position sexual and reproductive health within the ambit of primary healthcare,” the Public Health Minister said.

She added, “the government, and by extension the Ministry of Public Health, has endorsed the UN’s Human Right Philosophy which stipulates that all individuals without exception are entitled to access the highest standard of healthcare irrespective of race, sex, and nationality or ethnicity. And so, this new document gives leverage without reserve to all stakeholders to ensure that all health services are accessible.”

The Public Health Minister noted that her ministry will continue to execute the mandate instructed by His Excellency, President David Granger, which stated that citizens should not exceed the distance of 5 kilometres to access healthcare service.

Minister of Indigenous Peoples Affairs, Hon. Sydney Allicock, in his remarks, said the initiative came at a time when the country is celebrating its Indigenous Heritage Month. He explained that both his ministry and that of Minister Lawrence are work continuously to provide Guyanese living in far-flung areas, with adequate health service.

“These implementations are the beginning of better days to come,” Minister Allicock assured.

Meanwhile, Chief Medical Health Officer, Dr. Shamdeo Persaud explained that the initial stage of the policy commenced with consultations with several target groups. He noted that the process saw consultation with Members of Parliament, along with stakeholders and civil society which led to the first drafting of the document.

“Some key areas of legislation were looked at. We had focused on public information and education and subsequently, we started to look at some of the barriers and the enablers. I think captured in the final document, we do have quite a robust group of both issues that need to be addressed and are addressed in the document. Also, areas of strength that we can build on,” Dr. Persaud stated.