A strong call to action was today issued to local education stakeholders, to work together towards enhancing the country’s education programmes for providing equitable and quality education to each child. 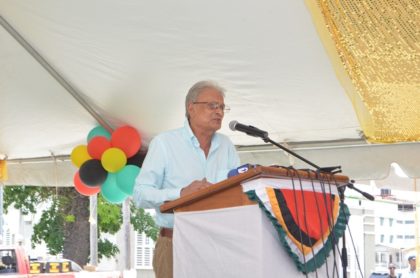 Minister of Education Dr. Rupert Roopnaraine delivering the feature address at the launch of Education Month 2016 at the Ministry of Education, Brickdam

The call to the parents, community leaders, Non-Governmental Organisations (NGOs), religious organisations and development partners was issued by Minister of Education Dr. Rupert Roopnaraine and several other speakers at the launch of Education Month 2016, today, on the lawns of the Ministry of Education, Brickdam, Stabroek.

Minister Roopnaraine, delivering the Education Month message noted that active stakeholder partnership is what is needed to produce the children that Guyana requires. 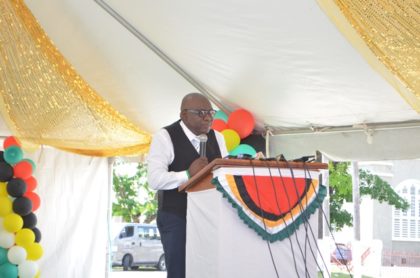 “I truly believe that if we are to inspire our children, if we are to provide them (the students) with the necessary energy and the necessary skills to make themselves productive and whole human beings, we have a lot of work to do, and this work, is going to be best done, if we forge an active partnership between the schools and the homes,” Minister Roopnaraine said.

The Minister noted President David Granger’s vision for the future of Guyana which includes furthering a green economy.  “As we turn our eyes to the future, as we must as teachers and parents, let us understand, it is only our joint collaboration, from day to day that is going to move these children to the point where they can contribute to the kind of society to which we are dedicated to build,” the Education Minister said. 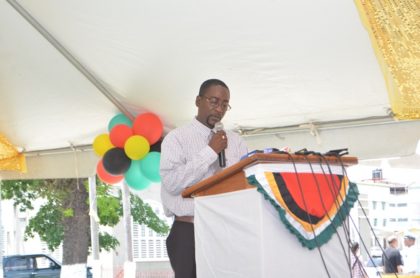 This year’s theme for Education Month, the Minister said, “ seeks to emphasise a truly child-centred education and the role of stakeholders in its realization.” Education Month 2016 is being celebrated, under the theme, “Each Child Matters: Stakeholders Unite for the Enhancement of Education”.

CEO (ag.) Marcel Hutson in his address noted that research has shown that education systems that are effective place great emphasis on the connectivity of its officials, the home, the schools and the wider communities.

“The change we are advocating and seeking must embrace this belief,” Hutson said, as he called on officials to adopt with more diligence the posture of giving strong support in leadership, monitoring and supervision of departments and school. 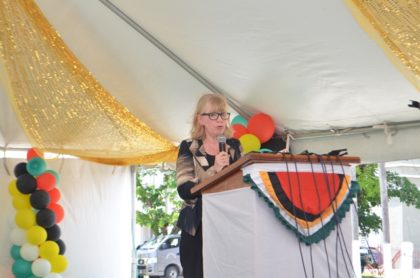 The acting CEO also called on parents to be actively engaged in their children’s learning. Hutson said that the parents can do this by showing their children that education is important, and building their confidence.

Hutson also noted that the community spirit is vital to the effectiveness of the education system. Against this background, the CEO acting encouraged business organisations, managers, and other government agencies, to contribute their resources, (be it financial, human or physical) to the country’s fight towards creating the new Guyana child. 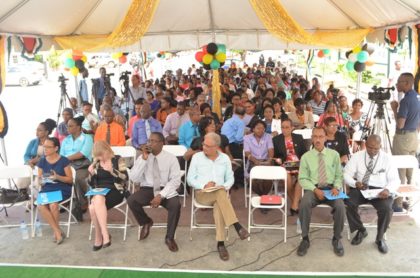 Meanwhile, GTU’s President Mark Lyte, said that the 2016 Education Month theme is pertinent and that the ideal opportunity to live this is to have true unity among all the education stakeholders. Lyte however, noted that for this to happen, due respect and sincere recognition must be given to all stakeholders.

Also speaking was UNICEF’s Representative Marianne Flach. The representative spoke on why, “each child matters,” and must be educated. Flach noted that equipping students with knowledge that they would need to succeed, and laying the foundation for their future success, will ensure that they reach their full potential, and make valuable contributions to Guyana.