Dr Clive Thomas, Director of SARU, told the Government Information Agency (GINA), that the unit has faced “considerable” challenges since its establishment in July 2015. 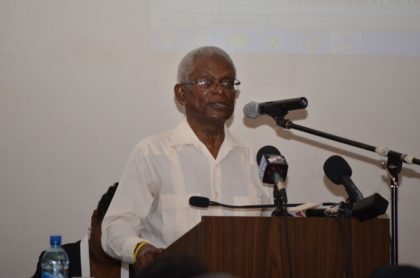 “We weren’t getting information as we needed it because we didn’t have the legal authority as the bill now gives us to demand information and expect a reply,” Dr Thomas explained. When the legislation comes into force, SARU will merge into SARA.

Today, at the Pegasus Hotel, Georgetown the Ministry of Legal Affairs hosted a public consultation on the draft State Assets Recovery Bill. This, the second round of consultations, follows the first in January this year.

Dr Thomas said he was pleased with the turn out at the consultations. He noted that constructive and important points were raised during the session, “and we’re hoping that it will help to inform the revision of the bill so when it gets to Parliament in October it will be a much more enriched bill.”

The draft bill aims to recover unlawfully acquired state assets from public officers past and present through civil proceedings, and is in consonance with the United Nations Convention against Corruption.

The bill is a civil recovery and civil remedy bill which means it is non-conviction based. However, the bill makes provisions for the director of the SARA to initiate criminal proceedings, if, or when the need arises.

There are also provisions in the bill for the establishment of a State Assets Recovery Fund which will see SARA utilising 25 percent while the remaining 75 percent will go into the consolidated fund.  “We believe that institutions should be self-sustaining, that is the only way to ensure that they are relevant. They have to keep providing the means by which they exist,” Dr Thomas explained the reasoning for the division. The monies from the fund will go towards capacity building, hiring of experts and forensic and other equipment, Dr Thomas noted.

Meanwhile, at the consultations today, President of the Guyana Bar Association, Gem Sanford-Johnson questioned “the powers given to one person” while Mike McCormack of the Guyana Human Rights Association noted that “it’s not reassuring that there is actually nothing between the director of SARU and Parliament in terms of either monitoring or oversight.” 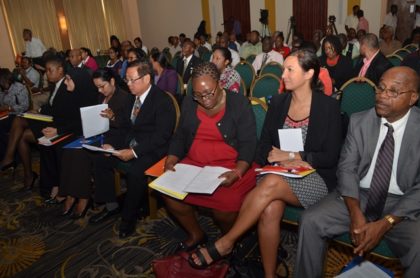 New staff of SARA will have to be appointed by the National Assembly within six months of the bill’s passage.

However Attorney General Basil Williams assured, “The director will have the vision of the organisation; he has people working with him. He is guided by this statute, this legislation.”

The Attorney General said the issues raised at the consultation will be examined and addressed. “We will address those issues and if we need to adjust the bill, we will do so,” AG Williams told GINA.

After the assessment of today’s contributions, the Ministry of Legal Affairs will either hold another round of consultation or present the Bill to Cabinet, and subsequently the National Assembly.

The State Assets Recovery Bill was drafted with input from representatives of the World Bank and the United Nations and British Expert Brian Horne. The efforts of the Attorney General and those who worked on the bill were commended by the US Ambassador to Guyana, Perry Holloway.

The States Assets Recovery Bill is part of government’s efforts to fight corruption. It is also part of the President’s desire to have a professional and unbribable public service.