Statistics will show that crime is on the decline. During a radio programme on Friday, Public Security Minister, Hon. Khemraj Ramjattan said that it may be the view of some Guyanese to think otherwise because of a few sensational headlines but crime has been decreasing especially over the past four years.

The minister was at the time being interviewed on the Voice of Guyana’s radio programme ‘INSIGHT’. 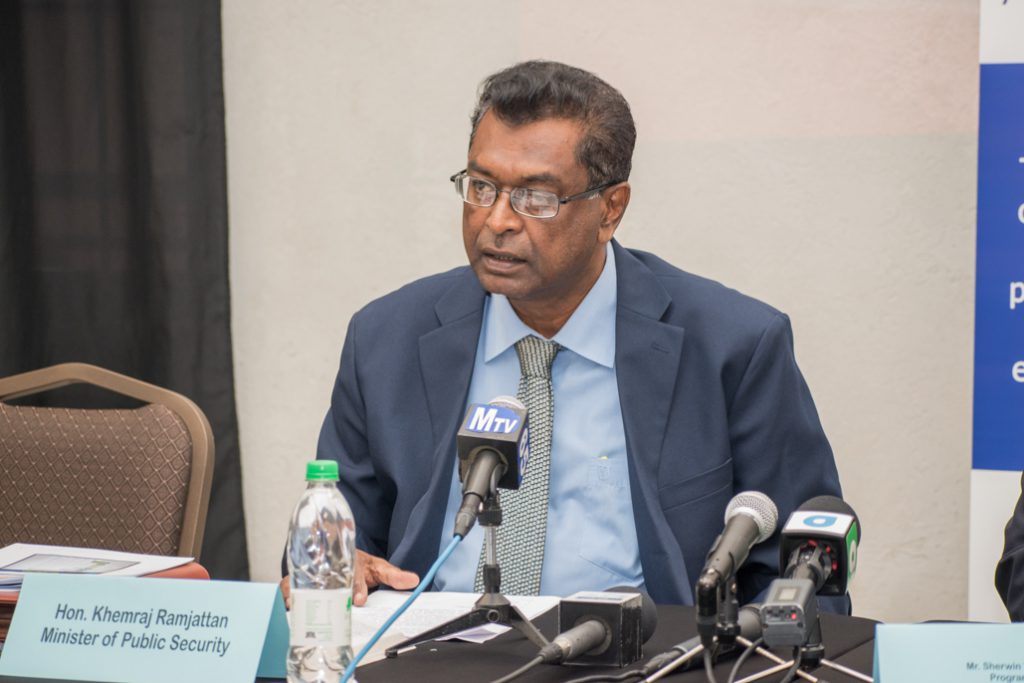 It was highlighted that since the government took office, they have been working to create a safe country for Guyanese.

Among the steps taken, the minister said was to create a respected police force. He noted that clamping down on rogue cops, addressing unprofessionalism in the force and ensuring that every complaint made against police officers is investigated are some of the reasons behind crime reduction.

Minister Ramjattan also noted that capacity building has also placed a critical role in that effort. This includes training for officers of the force, rehabilitation of police stations and the provision of other resources such as vehicles for officers to patrol.

Guyana is also now in a position to do DNA and ballistics testing which will help in solving crimes at a much faster rate. Further, a Police Records Management Information System (PRMIS) was recently launched. It will ensure efficient record-keeping thereby guaranteeing much-needed information is readily available to officers as they carry out their daily duties.

Additionally, the government in collaboration with China previewed its Safe City System. Over 100 intelligence surveillance cameras have been strategically placed across the city as part of a pilot. The high-tech system can perform face and vehicular license recognition among other high-tech features. It will soon be launched countrywide.

The full interview of the minister’s interview can be viewed below.