Amidst the Opposition’s cries that a constitutional crisis will ensue in Guyana come March 21, 2019, Minister of Public Affairs, Dawn Hastings-Williams is telling Guyanese not to panic. Instead, she is advising that everyone, “stay calm and carry on” living as President David Granger remains the president, “Today…Tomorrow…Next Week, Next Month and Next Year, if the election is called till then.”

Minister Hastings-Williams accompanied by the Director of Public Information, Imran Khan on Wednesday conducted a walkabout of Constituency Two, Kitty/Subryanville, Georgetown as part of larger Ministerial Outreach around the city.

Residents at the meeting at the J.E Burnham Primary School in Kitty.

Minister of Public Affairs, Dawn Hastings-Williams and Director of Public Information, Imran Khan at the meeting.

The journey which began at the (NCW) Headquarters in Public Road, Kitty, ended with a public meeting at the J. E Burnham Primary School. While there, the minister allayed the fears of the residents being fed by the Opposition Leader, Bharrat Jagdeo; narratives that once General and Regional Elections are not held by March 21, 2019, as required by the Constitution following the December 21 vote, the country will slip into a deep constitutional crisis.

In helping the residents to better understand the political situation following the December 21 vote, Minister Hastings-William explained that the validity of the vote is still being contested in the courts and cannot be interrupted. She further explained that per the Constitution of Guyana, the opposition cannot and will not stop the Coalition Government’s work of bettering the lives of Guyanese.

According to the constitution, elections must be held within three months, or at a later period approved by a two-thirds majority of the National Assembly, upon the passage of a No-Confidence Motion. Article 106 (7) of the constitution specifically states that the government remains in office and the National Assembly may pass a resolution to extend the time for elections beyond the three-month period within which elections are required to be held.

Additionally, the Constitution provides that GECOM, an independent, autonomous agency be responsible for the administration of elections in Guyana including naming a date for those elections.

GECOM, soon after the December 21 vote, indicated that it was not possible for elections to be held by the constitutional deadline, noting too that it lacks the finances to hold free and fair elections.

Sections of the media on Tuesday reported that GECOM Chairman, Justice (Ret’d) James Patterson, dispatched a letter to President David Granger, advising him that the earliest General and Regional Elections can be held is in late November. 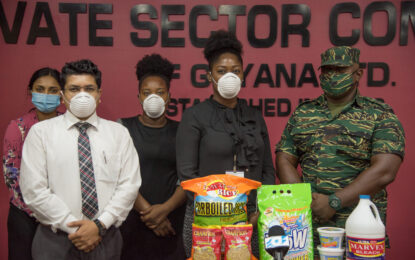 CDCs to be revamped under new administration

‘Our policies and promises meet the...

Essequibo farmers to get assistance with paddy...