New and existing contractors today, benefitted from the knowledge needed for entering the contracting field, at the first procurement symposium for new entrant contractors.

The Ministry of Public Infrastructure held the symposium at the Arthur Chung Convention Centre with the aim of educating existing and new suppliers of civil works and services on the procurement requirement regulations.

Minister of Public Infrastructure, David Patterson, Minister within the Ministry of Public Infrastructure, Annette Ferguson, Minister within the Ministry of Finance, Jaipaul Sharma, Chairman of the National Procurement and Tender Administration Board, Berkley Wickham, Financial Secretaries, contractors and other invitees participated in the event. 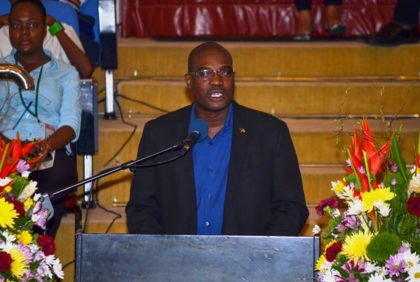 In his feature address, Minister Patterson urged the new entrants to use the symposium to empower and equip themselves as contractors.

Minister Patterson explained that since taking office, the government has been “inundated by persons seeking employment via contract” and “when we questioned them if they submitted a tender, most of the contractors said no.”

The Minister pointed out a strategy with several aspects for contractors to follow. Contractors must follow the procurement laws, there must be transparency when conducting business, they  must acknowledge that they have to submit a tender, and they must take on projects they can manage. The minister believes that these aspects will empower the new and existing contractors.

Minister Sharma expressed his pleasure that the Ministry of Public Infrastructure took the initiative to host the symposium. The Minister said that the symposium will help to reproduce the “big” future contractors of Guyana in years to come. 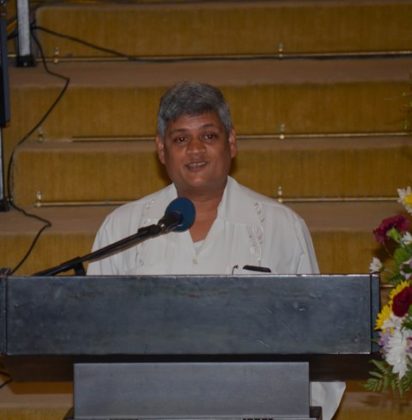 Minister within the Ministry of Finance, Jaipaul Sharma delivering remarks at the Procurement Symposium for new entrant contractors

“It is important to note that there is a business act which stipulates that 20 percent of government contracts go to small business. You need to have all the necessary guidance and equip yourselves with the necessary skills to compete,” Minister Sharma explained. Sharma encouraged the participants to use the symposium as an opportunity to qualify themselves and obtain a copy of the Procurement Act.

The Minister further stated that procurement is also critical for the Ministry of Public Infrastructure because that Ministry is responsible and oversees some of the large civil and construction works in the country. 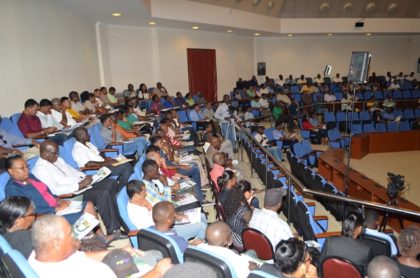 Some participants at the Procurement Symposium for new entrant contractors

The procurement symposium is timely and an effort by the Ministry of Public Infrastructure towards striving to increase “transparency, fairness and eliminating corruption,” Minister Ferguson explained.

“The Ministry anticipates that through this initiative, more supplies of works and services will be attracted to enhance the competitive bidding process. We hope new suppliers with the requisite experiences will be qualified to deliver services,” Minister Ferguson explained.