To increase agricultural productivity and create self-sustainability in the village of Capoey, Minister within the Ministry of Agriculture, with responsibility for Rural Affairs, Hon. Valerie Adams-Yearwood has committed to initiating several programmes targeting the women of Capoey Village.

Minister Adams-Yearwood made this commitment during a visit to the community by where she met with the women of the village. 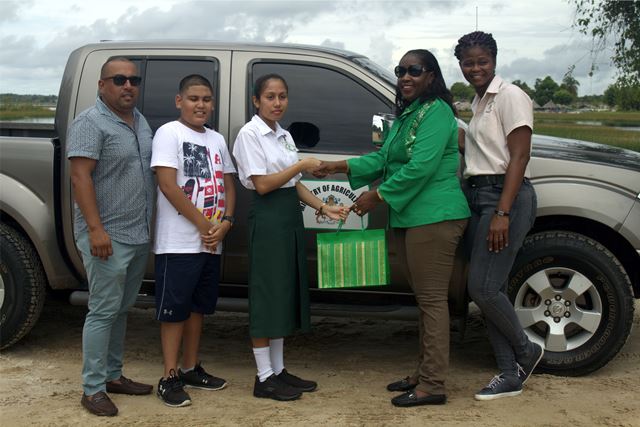 Riana Toney flanked by her father and brother receives her gift from Minister within the Ministry of Agriculture, with responsibility for Rural Affairs, Hon. Valerie Adams-Yearwood. 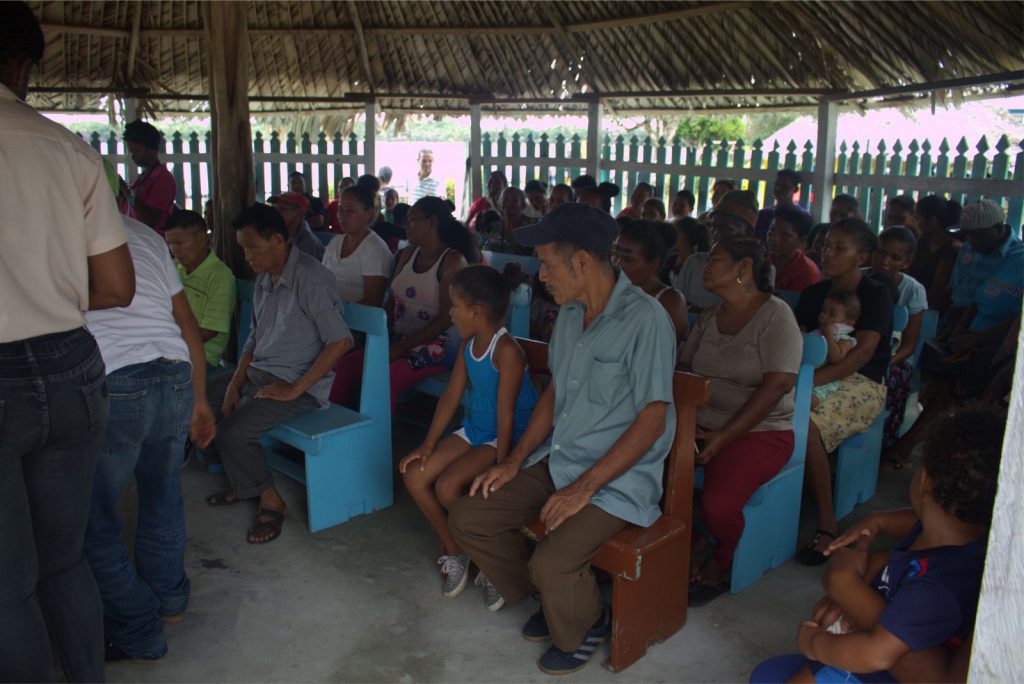 The villagers gathered at the meeting with Minister within the Ministry of Agriculture, with responsibility for Rural Affairs, Hon. Valerie Adams-Yearwood

The minister proposed a poultry rearing programme so that the residents would have easier access to meat rather than journeying out to Anna Regina or the mainland. This was well received by the group, with most of them signing up on the spot for the training.

Additionally, the women proposed that something be done towards the rehabilitation of a greenhouse owned by the village council as it was no longer in a viable state. The women also pushed for a block making workshop to be done.

Minister Adams-Yearwood indicated her willingness to look into the possibility of having this done. However, there was a commitment to having the poultry programme established, and having checks done to see what could be done about the greenhouse.

In addition to visiting the women of the village, Minister Adams-Yearwood paid a visit to the Nation’s Top CSEC performing student Riana Toney who was gifted a brand-new Acer Tablet. Toney was encouraged to maintain the momentum throughout her studies.