The Ministry of Agriculture’s National Agricultural Research and Extension Institute (NAREI) is encouraging farmers to practice sweet potato production. This is in line with its Agricultural Diversification Project (ADP), which is aimed at promoting the cultivation and production of non-traditional crops.

While there are several varieties, in Guyana four cultivars (a plant variety that has been produced in cultivation by selective breeding) are currently being cultivated through experiments on the Linden/Soesdyke Highway and Parika, East Bank Essequibo. These are Adrian, Professor 6, Amjad pumpkin and Scientist on the highway, and Professor 1 in Parika. 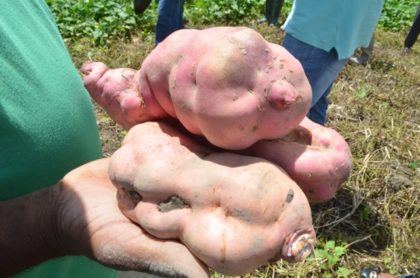 At a recent farmers’ field day session held in Parika, Aretha Peters, NAREI’s Research Assistant noted that “moisture has a decisive influence on sweet potato growth and production. The water content of the leaf is 86%, steam 88.4% and the tuber 70.6%.”

Peters added that the soil must be kept moist during the growth period, which ranges from 60-120 days. It is advised that sprinkler irrigation is one of the best techniques for this type of crop.  It is similar to that of rain fall and is delivered through a pressurised pipe network to sprinkler nozzles or jets, which spray the water into the air, imitating natural rain fall.

During cultivation, it is important to have good irrigation systems.  This is because sweet potato cannot stand water-logged soil and should be grown in sufficiently retentive moisture. 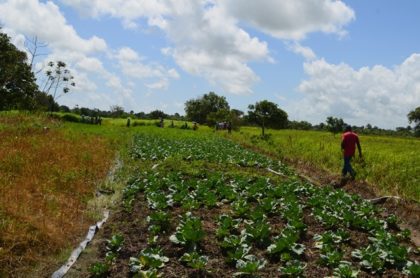 Pest management is also a key area in sweet potato production. While this type of crop does not attract serious fungal diseases or viral attacks, it can suffer severely from insect attacks. While the sweet potato weevil is the most common pest, aphids, grasshoppers, red spider, mites, sweet potato leaf beetle, vine borer, cricket, white flies and caterpillar also affect this crop.

For fertilisation, farmers are advised to conduct a soil test to determine the types and amounts of fertiliser that are required. In cases, where a soil analysis is not conducted, 160 kilogramme (kg) per hectare of Urea and 150kg per hectare TSP along with 140kg per hectare of MOP can be applied.

Further, early varieties can be harvested in three to four months, while medium crops can be harvested at four to six months, and late crops after six months. The growth cycle of each variety can be altered due to excess moisture in the first three months.

All produce must be stored in store rooms with good ventilation and low humidity. The bags should be raised off the ground on wooden pallets and stacked no more than 10 bags high with space around each to allow air. 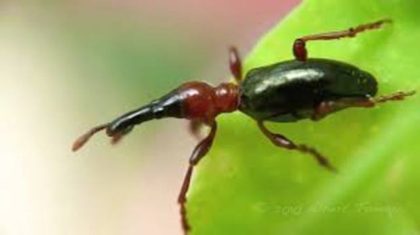 Sweet potatoes are grown throughout the tropical regions for their edible tubers. It is the world’s seventh most important food crop because of its versatility and adaptability. In Guyana, sweet potato is the second most widely grown root crop after cassava.

It is important to note that while its name is sweet potato, it is in no way related to potatoes. In fact, sweet potatoes are members of the morning glory family. It is a good source of vitamin C, B2, B6 and beta-carotene (Vitamin A usually found in orange flesh vegetables and fruits). It also provides dietary fiber, potassium, copper, magnesium, and iron.