Tabatinga Sport Complex to be transformed 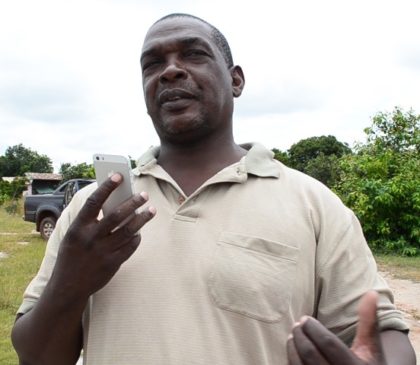 The first phase of the project has been completed, Mayor of Lethem, Carlton Beckles said, in a recent interview with the Government Information Agency (GINA). Beckles explained that the council, with funding provided under the Ministry of Communities’ Community Infrastructure Improvement Project (CIIP), was able to enclose the complex, using concrete and zinc. CIIP provided the council with funding totalling $9M for this enterprise, according to Beckles.

In the second phase of the complex’s transformation, the council is again seeking to work with CIIP. Beckles explained that the Council has submitted to CIIP, a proposal seeking over $35Million to cover the provision of several additional features to the sport complex. These include a VIP pavilion, several wooden stands, and toilet facilities. The sum will also cover the grading of the land and the lighting of the ground, the Mayor said.

The current complex houses a flat pavilion. Beckles explained that in creating the VIP pavilion, the council’s plan is to extend the building and to build an additional level. The top level, which will be the VIP section, will house a balcony, a private room, a meeting room and a bar, Beckles explained.

The bottom flat will also be renovated to house the change room for the sporting teams. It will also have an open hall and rooms for meetings, the mayor said.

The Council also plans to put in two 80 by 20 feet stands, a six-compartment sanitary facility, and an internal fence. This will be the playing area from the actual ground, Beckles said.

The Mayor explained that the installation of the lighting will ensure that complex can be utilised during both day and night.

The municipality plans to lobby the Ministry of Education, Department of Culture, Youth and Sport for technical input, with regards the actual ground itself, for assistance in  ploughing and shaping it to acceptable standards.