Guyana continues to write history as the nation prepares for its first Rum Festival.

The festival comes as the country prepares to host its 50th Jubilee. The event will be held at Everest Cricket Ground on February 15 and 16. 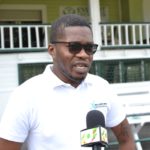 Entrepreneur and organiser of Guyana Rum Fest, Yannick David and his team are eager to introduce the festival to the country. They have been receiving valuable guidance and the expertise of the Guyana Tourism Authority in the planning of the event.

“We understand where Guyana comes from; Guyana’s history is set in sugar and obviously from sugar, there’s rum. So, we decided that we needed to bring history back alive and host a rum festival,” David told DPI.

David said he and his team have participated in similar festivals throughout the Caribbean and were looking to stand out.

He noted that Guyana’s Rum Fest would feature storytelling, old-time games like ‘sal out’ and dog and the bone, and other attractions.

“Rum fest is about beverages, food, and culture, that’s our motto,” David exclaimed. A variety of dishes will be available, including Guyanese Indian, African, and Indigenous cuisine as well as several from the Caribbean.

Anticipating a positive response, David said, “I expect people to come out and learn a little bit more about the history, I expect Guyanese people to connect with each other… It’s all about bringing people together and have them experience what Guyana has to offer.”

Already looking ahead, the organiser is aiming for the event to be a week-long celebration, incorporating GuySuCo and rum tours, while shining light on the country’s colonial history.