Samples that were taken in June from a Region Six poultry farm, and sent for testing at the University of Georgia have proved negative for poultry diseases.

“All the tests were negative. That confirms our suspicion that it wasn’t an outbreak of any particular disease, but it was a management issue,” Dr. Dwight Walrond, Deputy Chief Executive Officer of the Guyana Livestock Development Authority (GLDA) told the Government Information Agency (GINA), at the Authority’s Mon Repos, East Coast Demerara office, yesterday. 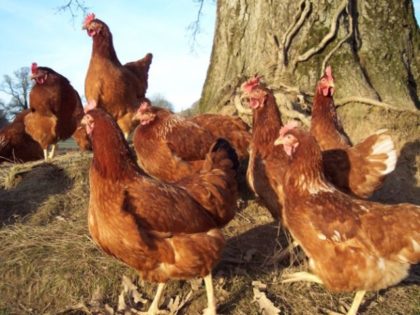 The samples were taken following media reports in June, that there could be a possible poultry outbreak in Region Six, Corentyne-Berbice, as about 800 birds died at a poultry farm. At that time, the GLDA representative had indicated that the issue appeared to be  localised and there was no outbreak.

“We want to test for a wide array of diseases. Based on clinical signs there are two different manifestations taking place, that’s why we are using the University of Georgia to test for four to six diseases. The University of Georgia is a reference laboratory. Sending the samples to Georgia is the best course of action since it would give us a good idea of what’s happening on East Bank Berbice,” Dr. Walrond had told GINA in June.

Additionally, Dr Walrond said the livestock authority has since taken steps to educate farmers in Region Six and surrounding areas about farm management practices to prevent a recurrence of wide scale poultry deaths.

Given the loss which can take place in the absence of proper farm management practices, the deputy CEO, told GINA that the agency has since completed training of  farmers in the do’s and don’ts of farm management.

“We have since conducted a focused training exercise for those farmers on the East Bank of Berbice a few weeks ago, and that training was conducted by the head of extension, Mr. Selwyn Anthony, and it was well attended by farmers in that part of the Region and from other parts of Region Five. What we are trying to do is to let farmers understand that the little things matter because it would take the little things to cause that level of mortality. When you are suffering over 70 or 80 percent mortality it is not good for any business,” Dr Walrond asserted.

The GLDA is the agency responsible for monitoring and providing support services to the local livestock industry. It currently has extension officers in all regions of Guyana and continues to provide several support services to farmers and other stakeholders.