‘The Coalition has a vision for a unified Guyana’ – Min. Ramjattan

— Guyanese urged to make the right choice on March 2

“I am certain that we will have another Coalition Government come March 2 [2020],” said Minister Ramjattan to residents of Karia Karia, a riverine community located approximately 40 minutes away from Parika. 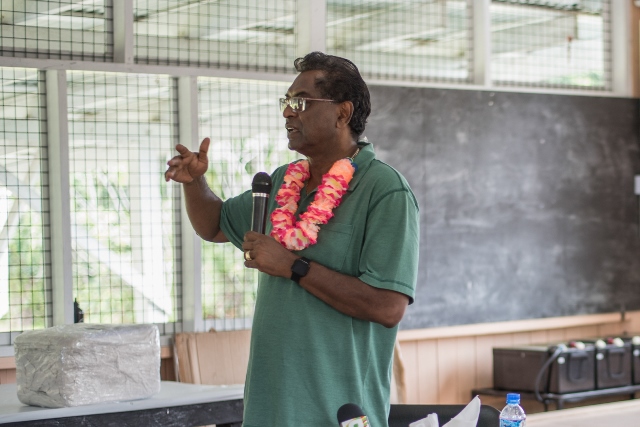 The Public Security Minister condemned the biased politics that sometimes take root in the country around the elections period and instead championed the Coalition Government’s vision for unified Guyana.

“We want to bring social cohesion to the people of Guyana… We want to work together,” Minister Ramjattan continued.

In this regard, he called on Guyanese to consider the work the Coalition has achieved in less than five years, noting that it has the best interest of all Guyanese at heart. He also issued a call on eligible voters to make the right choice.

At the community engagement in Karia Karia, the Public Security Minister was accompanied by Minister of Public Service Hon. Tabitha Sarabo-Halley.