‘The Govt is behind you’- Min. Allicock assures Bina Hill graduates

The government remains steadfast in supporting and assisting the Bina Hill Institute Youth Learning Centre. This was the assurance given to the centre’s graduating class of 2018, by Minister of Indigenous Peoples’ Affairs, Sydney Allicock yesterday.

The minister was at the time delivering the feature address at the graduation ceremony at the Institute.

“The government is behind you, we at the ministry will do more along with your collaboration. We have just signed off a new facility for laboratory services. This will ensure bigger and better things will come out from the institute.” 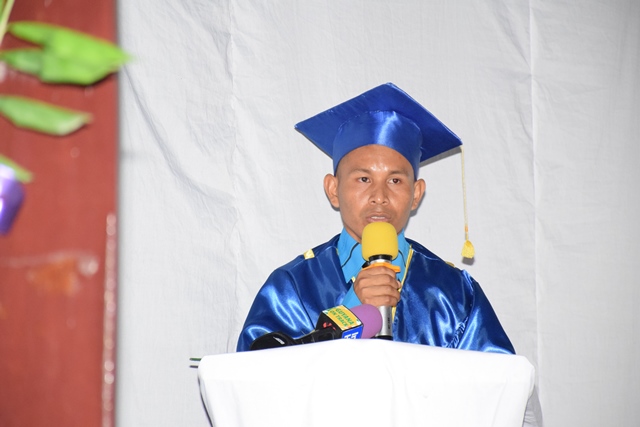 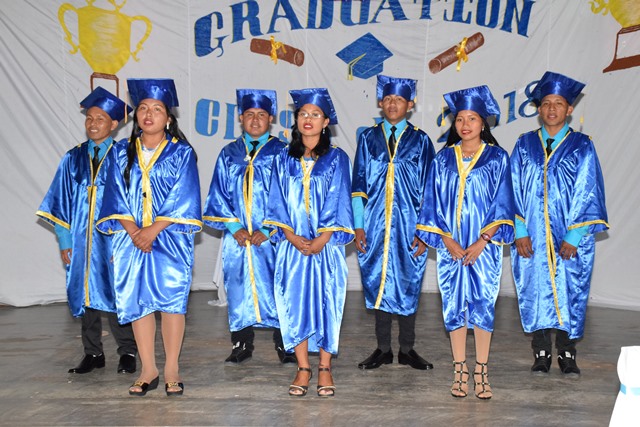 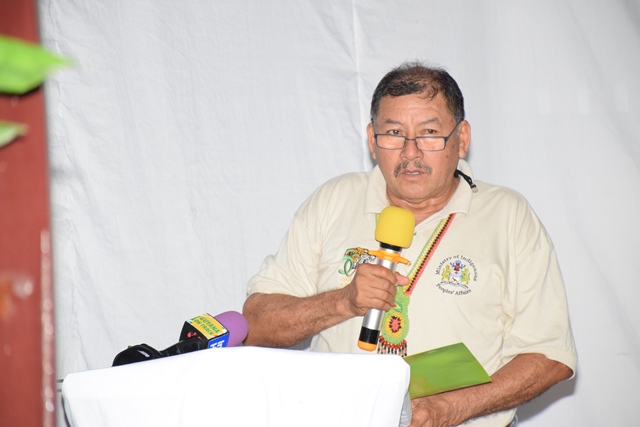 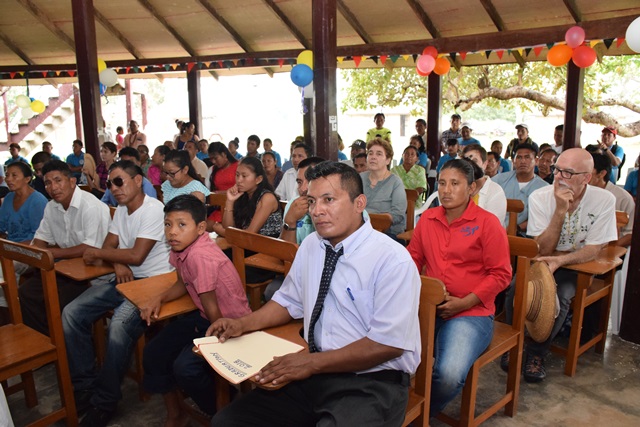 A section of those gathered at the graduation ceremony

Minister Allicock underscored the importance of progress at the institution. In this regard, a new board of directors, comprising members from various ministries, the University of Guyana (UG) and Non-Governmental Organisations (NGOs), has been instituted.

The minister charged the graduates to continue excelling and to be the movers and shakers for the development in their communities, for the region and by extension the country as a whole.

The graduates are now skilled in the areas of Natural Resource Management, Tourism, Business, English, Mathematics, Dance, Music and Agriculture among other subjects.

Minister of Business, Dominic Gaskin noted the importance of development and encouraged the graduates to use their knowledge and skills gained to contribute in this area.

“You are the generation we will rely on to take this country forward. Tourism and Agriculture has a big future in Guyana and if we are serious about doing business we have to start looking at technology.”

In his report, newly-appointed Principal Norbert Salty stated that the centre initially started its programme with 60 students. Thirty-four graduated in 2017 while 13 returned for year two in 2018. Some students dropped-out, while a few others expelled. Despite that shortfall, the institute is anticipating that more than 30 students will apply to study in September.

The institution has also benefitted from various donations. “Three guitars and a keyboard were donated by the Ministry of Indigenous Peoples Affairs and those are being used for cultural presentation. The institute also received tools and guidebooks from Conservation International,” Principal Salty noted.

He further noted that the institute has a bright future ahead and with support from sponsors, he believes that it will produce excellent students.

Some of the graduands will embark on their apprenticeship period at various agencies including the Guyana Tourism Authority (GTA).

Also, in attendance at the graduation were Minister of Social Cohesion, Dr. George Norton and Minister of Public Affairs, Dawn Hastings-Williams along with representatives from Conservation International (CI) and World Wildlife Fund (WWF).