The role of teachers must not be underestimated – Chief Education Officer

(Georgetown, September 22, 2017) – On Thursday Chief Education Officer, Mr. Marcel Hutson emphasised the importance of teachers in the education system. He was at the time delivering the feature address at the Prize Giving and Graduation Ceremony at the Hindu College, Cove and John, East Coast Demerara. 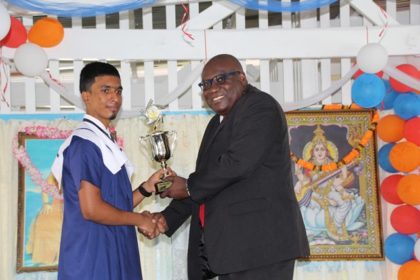 He said that the role of teachers in the education system must not be underestimated. Recognising that the performance of the students this year of the Hindu College at the Caribbean Secondary Examination Council (CSEC) examination is commendable, the CEO urged the school’s administration and teachers to work on improving the institution’s performance at every level in 2018 and onwards.

“Our teachers must embrace in a strong way those fundamental principles learnt during their period of training. It is no secret that some students learn at a faster rate than others and therefore some may require individual attention. We must therefore develop and implement programs to treat with such persons and not allow them to fall between the cracks.”

Further, the CEO advised the students that education is a vital ingredient that provides an escape from many of life’s ills.

“It is clear that education has the ability to propel the individual and the nation out of a state of social, economic and moral decadence.”

He added, “Since it gives you the power to realise your dreams, Education that is, and by helping you to recognise and take advantage of opportunities. This could only be true since Education is a process by which people acquire knowledge, skills, talents, values and attitudes that will make them become useful members of society.” 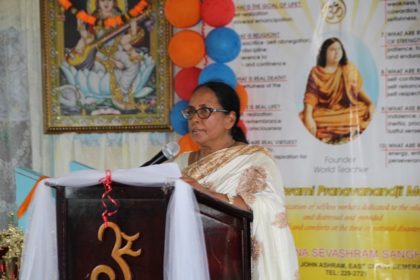 The CEO said that truly educated people are not held by the bondage of racism. “People who are educated do not judge people by the texture of their hair or the colour of their skin but by the content of their character.”

He told the students that education has the power to transform lives because it adds character to one’s personality.

The CEO urged the students that they should not lose focus of their passion and purpose. He told them that their life is what they make of it.

The students were told that they live in a dynamic world where many changes are taking place and that education will help them to adjust to these changes. “This benefit has become increasingly important because social changes today take place at increasing speeds and affect the lives of more and more people. Education therefore is a vehicle through which persons understand these changes and are provided with the skills for adjusting to them.”

Moreover, the CEO spoke specifically to the parents of the students itemizing three roles they must perform. The first being protectors of their children. “Parents are required to show great interest in the development of children by watching out for them and visiting schools. Parents are expected to make frequent visits to schools to see how the child is coping and progressing and making the necessary inputs for enhancing their chances for improved performance.” 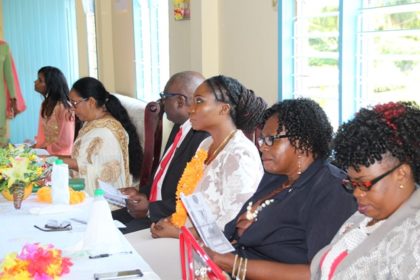 Secondly, the CEO said that parents act as sustainers. “Here, parents ought to see their children not as burdens but valuable. Your child is not your insurance ticket.” He said that children did not ask to be born into the world but as they are, parents have the responsibility to sustain their growth and development.

The third role according to the CEO is that of being motivators. He said that parents are required to encourage or challenge their children to do well. Hutson told the parents that they must assist their children in balancing play and work while supporting them emotionally and psychologically.

He encouraged the students to not lose focus of their passion and purpose. He told them that their future is what they make of it, to aim high and believe in themselves at all times.

Delivering the report on the school’s performance at the CSEC examinations, was its Principal, Ms. Rajkumarie Singh. Proud of her student’s performance, Singh said that each child has different academic abilities with different backgrounds. She said that some came to the school with limited training but would have manage to perform well at the end of their five years at the institution. 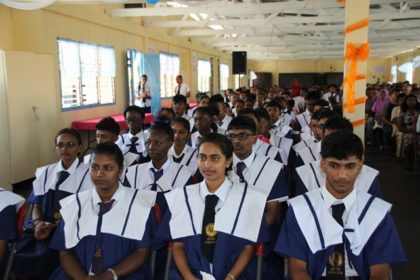 Also delivering remarks at the ceremony was Regional Chairman of the Regional Democratic Council of Region No. 4, Ms. Genevieve Alleyne. She extended congratulations to the parents since they would have contributed to their success. She told the students that their success has only just begun.

Alleyne said that the future of the country is in their hands and that they must take the responsibility as a challenge to move Guyana from where it is and take it to a stage where it can be considered a developed nation.

Meanwhile, top student and valedictorian, Yogesh Bhola urged his fellow graduands that as they take their next step in life, they must commit to the belief that they can achieve anything.