The Caribbean Community (CARICOM) will be moving to secure the help of a lobbyist as it continues to advocate against de-risking in the region.

The decision was reached today, during the first day plenary session of the Twenty Eighth Inter-Sessional Meeting of the Conference of Heads of Government of CARICOM being held here in Georgetown at the Marriott Hotel. 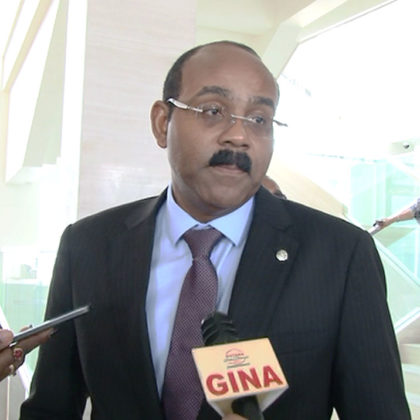 “Today we agreed that we will employ the services of a lobbyist to help us lobby this issue and to make sure that we continue to manage this existential threat that is facing the region,” Prime Minister of Antigua and Barbuda and Chairman of the Committee on Correspondent Banking, Gaston Browne told the media.

Browne pointed out that “informally” there has been a stay in banks de-risking.  “There is no formal agreement to that effect, but in terms of the action…we have not seen or heard any such notice for further de-risking,” Browne noted.

Most of the banks that have been de-risked are primarily local banks, “And if this process continues, then we may end up with a cartel of foreign banks literally operating within the region; and you know the consequences of that: they will continue to gouge us,” Browne explained.

Correspondent banking and de-risking is a pressing concern on the agenda of the 15 -member Heads of Government during the two- day meeting. Correspondent banking impacts the Region’s financial transactions, and by extension, trade and remittances in the CARICOM countries affected by the pull out of foreign banks.

The Antigua and Barbuda Prime Minster noted that 80 percent of most CARICOM states consume imports, particularly from the United States. Additionally, 16 percent of receipts and payments are done in United States dollars.

CARICOM, through the Committee on Correspondent Banking, had mounted active advocacy on the issue. Browne said that there has been success in raising the issue with international institutions.

“Even within the US, the Office of the Controller would have issued certain guidelines for correspondent banks to deal with the issue of correspondent banking, and to avert the type of willy nilly de-risking that we have seen in the past,” Browne explained.