‘There will be greater enforcement by GGMC to curb unsafe sandpit practices’ – Min. Broomes

Today, Minister Broomes and a team from GGMC inspected four sandpits along the Linden Soesdyke Highway. Infractions were observed from all of the sites visited.

However, a cease work order was immediately issued to operator Fazir Mohamed. His sandpit in Yarrowkabra had the most glaring infractions. Mining operations were encroaching on the highway, the flooring was dirty, the overburden was not properly cleared and workers were not attired in proper safety gear. 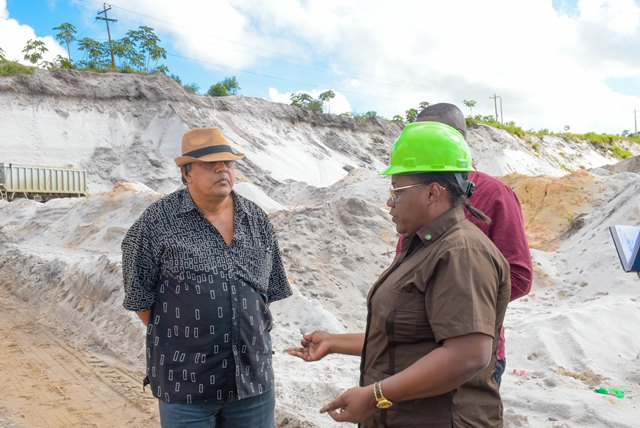 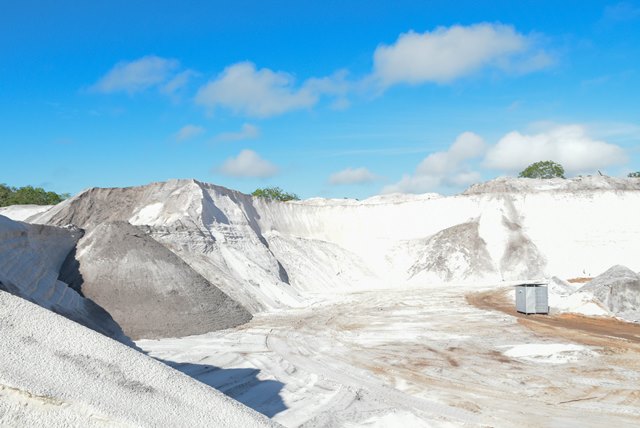 Many of the sandpits visited failed to properly erect warning signs and their walls were higher than what regulations outline. 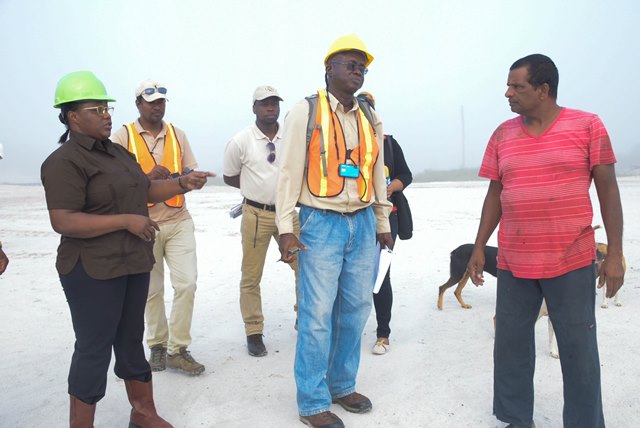 Minister Broomes and GGMC staff in discussion with sandpit operator from Dora Park. 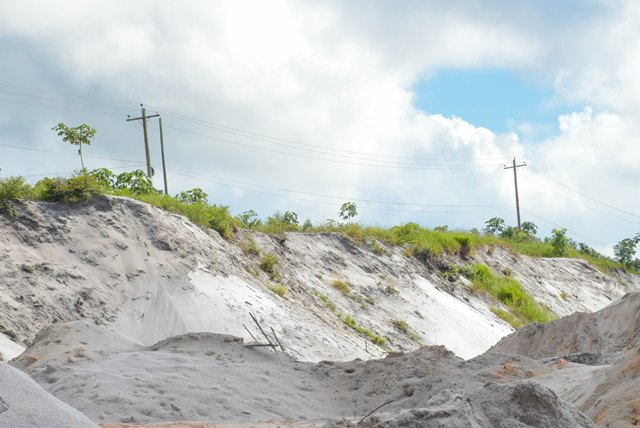 The Yarrowkabra sandpit whose operations are encroaching on the Linden/Soesdyke Highway.

Mohamed contended that he was not aware that these were infractions but GGMC officers indicated that the sandpit was cited and issued cease work orders on previous occasions.

Minister Broomes said the time has come for the GGMC to take greater action to enforce compliance. “At the level of the Commission they have the power to get correction.”

The minister explained, anyone found in breach of their cease work orders should be charged and, if need be, equipment ceased. “It is not to say that there is no law to allow for the level of lawlessness to take place. The Commissioner has the power to make some strong decisions in this regard.”

Minister Broomes is leading efforts to ensure greater compliance in the quarrying sector. The minister is also seeking to have outstanding royalties, which are owed to GGMC, paid. She explained that operators only have to pay G$15 for every ton of sand extracted.

“And every year, although these people are doing exporting and all of that, everybody is doing a rollover and some persons have a payment plan. An end will come to that. That is an exploitation,” Minister Broomes said.

The minister is also expected to meet with the operators of the pits visited in a subsequent meeting. The inspections of sand and loam pits are to gather a “comprehensive overlook” of the sector as part of efforts towards ensuring the GGMC is better equipped to monitor, enforce and recover costs in the quarrying sector.