Minister of Business, Haimraj Rajkumar has called on Batavia residents to safeguard the proper management of the resources that will derive from oil production by ensuring the continuation of the APNU+AFC government in office. 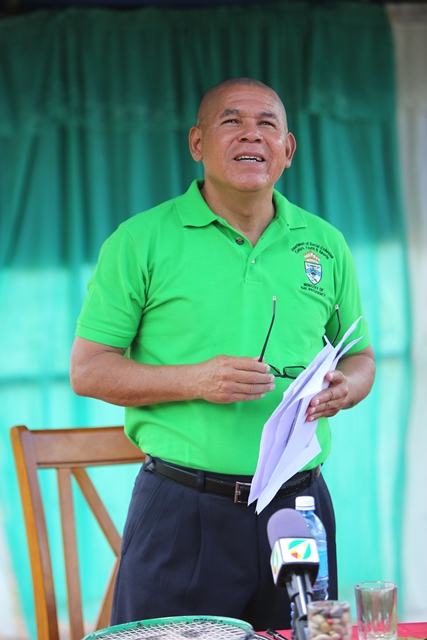 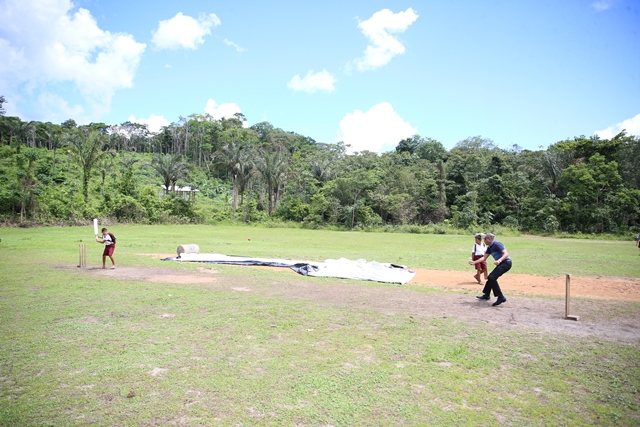 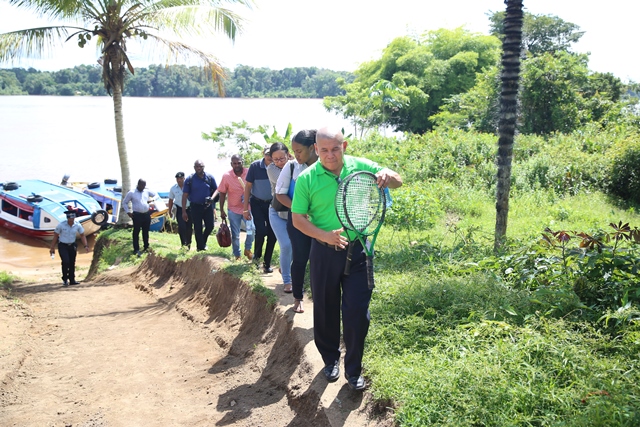 Ministers and team arrive at Batavia. 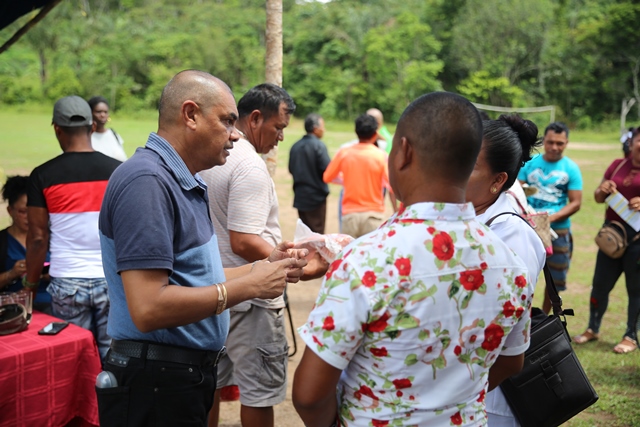 The Business Minister also urged residents to beware of those who enrich themselves with the country’s resources “You would have seen two governments within a short period of time, you have seen how a government has enriched itself, you have seen after 2015 how your government, the APNU/AFC government, would have taken its time and planned and worked to achieve its objective of developing our country.”

He warned, “they will come bearing gifts, telling them about how good they will make you; I would ask you beware of these people”

Minister Rajkumar urged the residents to vote for the continuation of the Coalition government “Development is a long process and sometimes development takes time, we must be patient, I know that your government has been working hard to provide the good life for all of us and you would have seen the fruits of this labour and I ask that in the upcoming months when we approach elections that we must be cognisant of these things, the developments that you would have seen and the efforts that this government the APNU/AFC Government efforts to make things better.”

The Business Minister, on June 19, joined his colleague Minister of Social Cohesion, Dr. George Norton on an outreach to the community which is located on the bank of the Cuyuni River in Region Seven.

Minister Norton noted that with the recent developments the government is committed to a free fair and credible elections. He also underscored the fact that the only way to have credible elections is to ensure that everyone is registered on the voters’ list.

“… free fair and credible, that is what we want, and we could only get such an election with a proper voters’ list. I know we have some young people here who have never voted and have reached the voting age. If your name is not on the list, then you cannot vote and choose who you want to manage the country.”

Norton who is a resident of Region Seven noted that the visit is not one to make empty promises but to make realistic efforts for development “We want to listen to what you have to say, listen to your recommendations and your suggestions on how we can help you.”

Toshao of the Village Oren Williams and some of the residents of Batavia highlighted some of the issues affecting them. Among these were the need for a nursery school.

According to residents, the village population is growing at a rate of approximately twenty-five per year. This puts a strain on the already small primary school where the nursery school children are housed. This primary school was initially built to accommodate 70 students but currently houses 130 which includes the nursery students.

The residents are also set to receive a $2Million grant to construct a pavilion and sanitary block for the playfield, repairs and operationalising of the ICT Hub in the community are also issues that were raised and will be addressed shortly.

The issue of an extension to the titled community will also be addressed since it has been reported many residents live outside the titled area. The matter is currently with the Ministry of Indigenous People’s Affairs.

Minister Norton also committed to working with the villagers to revive the culture in the community.

The visiting team also included the Deputy Mayor of Bartica and other regional officials.