75 ballot boxes finished at start of third week of recount 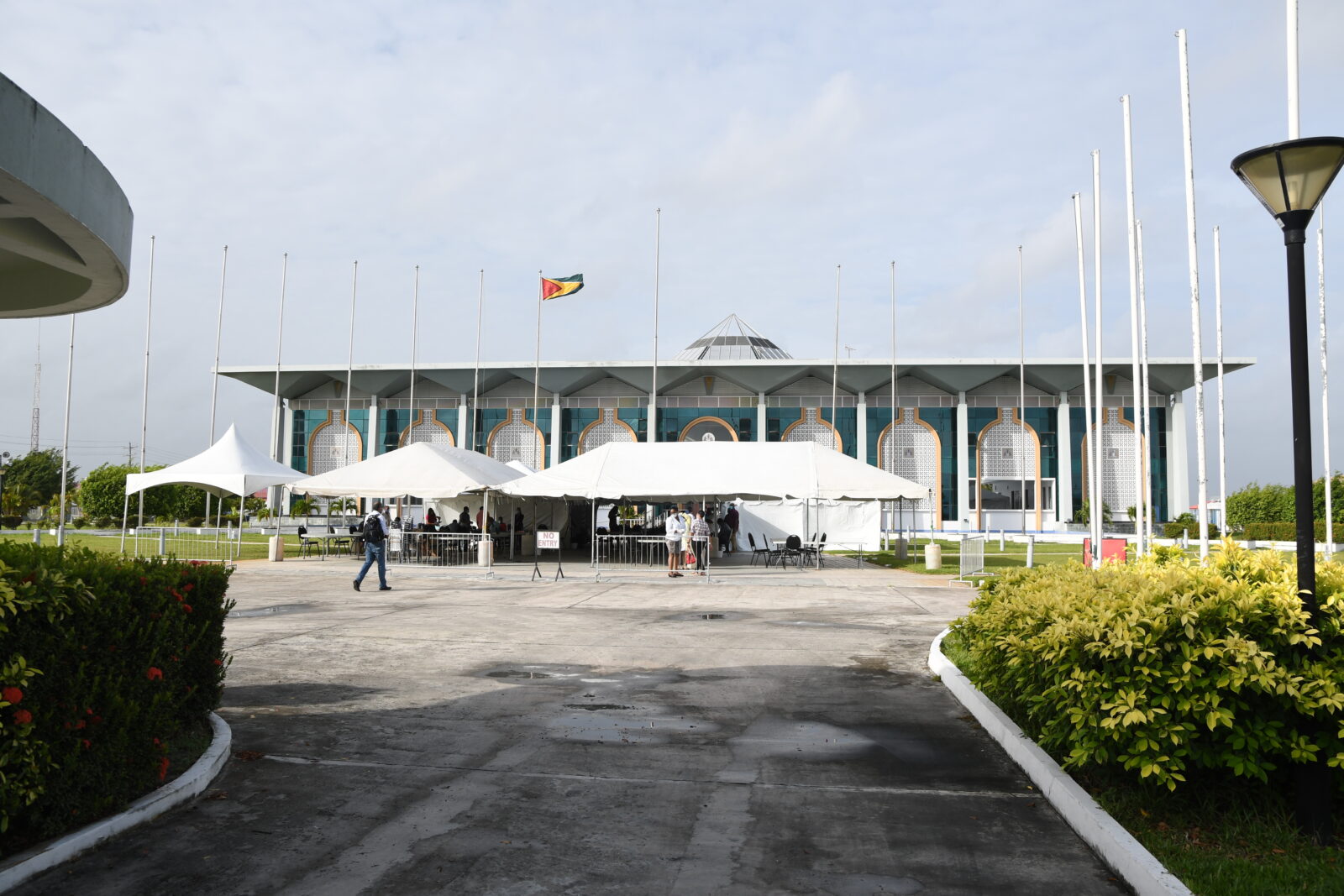 The Arthur Chung Conference Centre where the recount of the ballots cast in the March 2, General and Regional Elections is ongoing

The commencement of another week of the national recount of the votes of March 2, 2020, General and Regional elections saw the completion of another 75 ballot boxes today.

More than halfway into the national recount process, counting agents for  the Coalition Government continues to report discrepancies in the ballot boxes.

In light of  allegations of dead and migrated voters at the elections, Chairman of the Guyana Elections Commission (GECOM), Justice (Ret’d) Claudette Singh, has asked the APNU+AFC to provide its evidence to support the objections.  particularly as it relates to deaths and migration.

Party officials have already stated that the evidence for their claims and have already presented some to the Chairman.

Justice Singh said the evidence provided will inform deliberation at the level of the commission.