To succeed, we must be “all in” – says new CARICOM Chair

“Over the last few years, from Climate Change concerns, to championing the rights of the Windrush generation, to fighting for tax justice and our fiscal sovereignty; we have had to let the world know, we are here, and we will be heard.”

That was the call made by the new CARICOM Chairman, Prime Minister Allen Chastanet of Saint Lucia while presiding over the 40th Conference of Heads of the Caribbean Community. 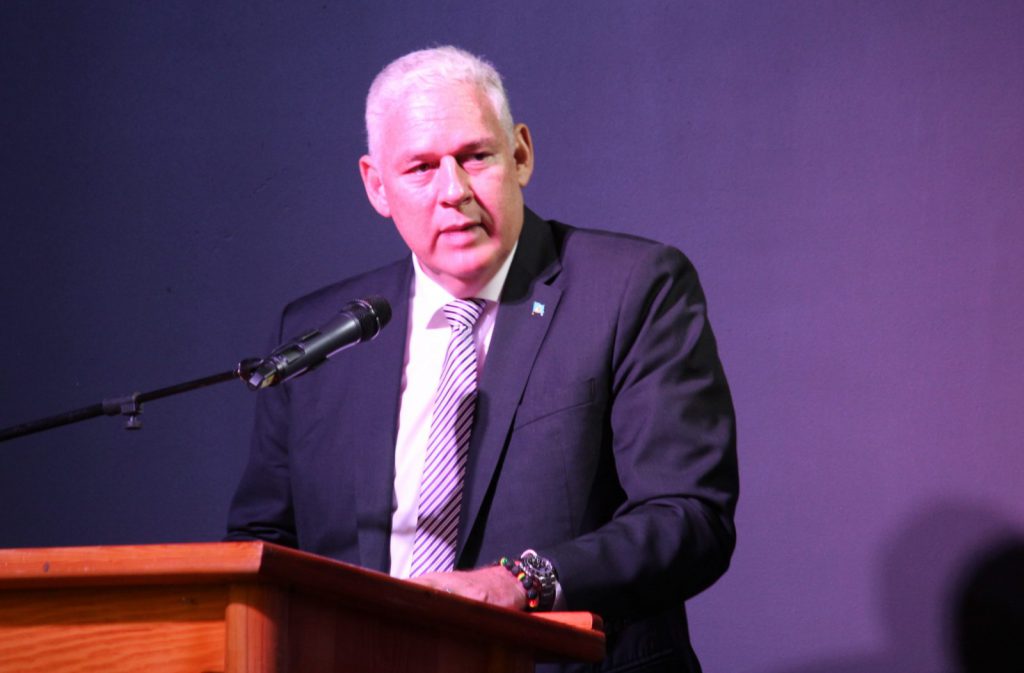 Saint Lucian Prime Minister, Allen Chastanet addresses the Opening Ceremony at the 40th Conference of Heads of the Caribbean Community

Adding that these and other issues require (us) as CARICOM and as Small Island Developing States to make some bold choices to secure the region’s mere existence.

The St. Lucian Prime Minister also noted that this occasion was of great significance for the country as they were celebrating the 40th Anniversary of their nation’s Independence, observed on February 22.

“For us as a country, this has been a year, not just of reflection but also a year of continuing to chart our path forward which will enable us to finally take control of our own destiny and to appreciate our strengths… Among those strengths is being members of this Caribbean Community,” Prime Minister Chastanet stated.

He also formally congratulated the Prime Minister of St. Vincent and the Grenadines on his country’s recent election as a non-permanent member of the United Nations Security Council.

“It is another example of what can be achieved once there is firm resolve. All of CARICOM rejoices in this triumph; recognising that this is a golden opportunity for St. Vincent and the Grenadines to take on board the calls for reforms at the UN body.”

The new CARICOM Chair said although this seat was won by St. Vincent, it is also a CARICOM success. “We are behind you, 100%,” he assured.